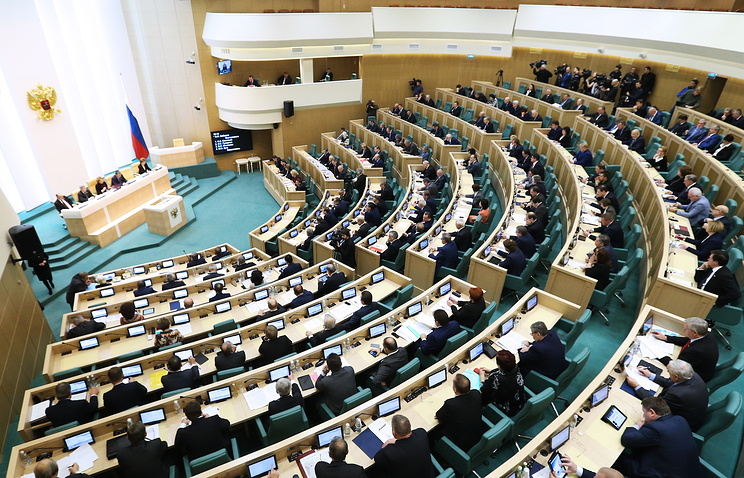 MOSCOW, July 25. /TASS/. The Federation Council addressed to the President of the Russian Federation Vladimir Putin with the request to give instructions to relevant agencies to develop proposals for possible restrictions against Poland. This is stated in the appeal chamber, adopted on Tuesday in plenary.

The Federation Council invites the leader of the country “to demand from the Polish side of the strict implementation of the agreement of 22 may 1992”.

In addition, parliamentarians in their appeal asked the President to instruct the relevant Federal agencies to submit proposals for possible introduction of restrictions on Polish MPs, who were the initiators of the act of 1 April 2016 banning the promotion of communism or other totalitarian regime, and other physical and legal entities.

The document stresses that the senators condemn the deliberate attempts of rewriting history, which are undertaken by the Polish authorities. “We must not forget that thanks to the victory over fascism, the decisive contribution of the Soviet Union, Poland survived as a nation,” the statement reads.

The Polish Sejm on 22 June for the amendments to the law on prohibition of propaganda of communism or other totalitarian regime in the names of buildings and objects which, in particular, provides for the dismantling of monuments to Soviet soldiers who liberated Poland from Nazi occupation in the years 1944-1945. The President of Poland Andrzej Duda on July 17 of this year, changes to the law. The Russian foreign Ministry called the decision a deliberate provocation and said that it will not remain without consequences.