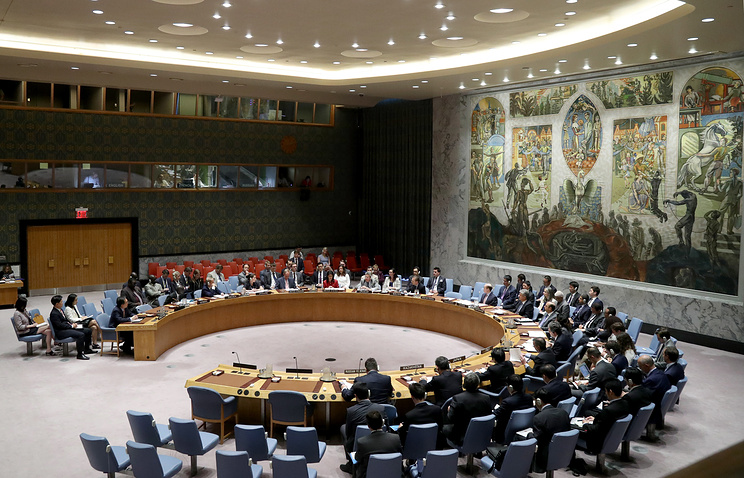 UN, July 26. /TASS/. The UN Security Council failed to agree on a press statement condemning the shelling of the Russian Embassy in Damascus due to the failure of several countries to work with Moscow’s proposed text. About this informed the press-Secretary of the permanent mission of the Russian Federation at the world organization Fedor Strzygowski.

According to him, the Russian delegation proposed a short text was based on “the standard wording for counter-terrorism and of the inviolability of diplomatic missions”. “I regret to have to state that some members of the Security Council again refused to consider the Russian version of the project under the false pretext of lack of evidence of the terrorist nature of the attacks. All significant provisions of the draft had proposed to remove. In the circumstances, the Russian side considered it pointless further work on this document,” said Strzyzewski.

According to the information of the permanent mission, on July 24-25, the Russian Embassy in Damascus “was subjected to multiple mortar attacks of the capital’s Jobar district, which has a notable presence of terrorist groups”. On Tuesday, the security Council meeting on the middle East, Deputy permanent representative of the Russian Federation Vladimir Safronkov encouraged partners to adopt a statement condemning the incident.

At the permanent representation did not specify which countries had prevented the adoption statement to the press. “Unfortunately, despite assurances from these partners o priority for them in combating terrorism, they repeatedly keep trying to divert the blow from those as they may seem, can render service in the implementation of destructive plans in Syria. Long overdue, not in words but in deeds to prove his commitment to a political settlement of the Syrian conflict and seek to join forces in the combating terrorists. And it would be nice, finally, to reason with the “shooters” in Jobar and other places,” – said the press Secretary of the Embassy.

Russia repeatedly sought from the UN Security Council making statements to the press condemning the attacks on its Embassy in the Syrian capital. In some cases, these attempts were blocked by the Western countries insisted on the inclusion in the text is unacceptable for the Russian Federation of the provisions.