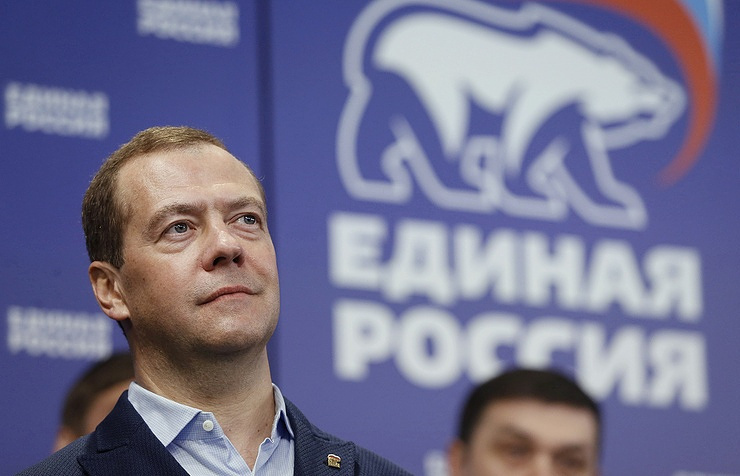 MOSCOW, July 28. /TASS/. The Chairman of United Russia and Prime Minister Dmitry Medvedev will hold a series of trips to the regions of the Russian Federation in the framework of the electoral program of the party. About it writes on Friday the newspaper “Izvestia” with reference to press Secretary of the Prime Minister Natalia Timakova.

As reported Timakova, in August – September, Medvedev will visit Crimea, Udmurtia and Penza region. Schedule visits to other regions will agree with the working schedule of the Prime Minister.

Accompany Medvedev’s trips will be representatives of the General Council of the party, in particular the Secretary of the General Council Sergei Neverov. “Schedule of visits agreed on 24 July on the forum of the party “Urban environment” in Krasnodar. We plan to hold meetings with party activists and local candidates from the party”, – said Neverov publication, not specifying the list of regions that could be visited.

Earlier in the “United Russia” announced that the results of the regional conferences put forward 1265 677 candidates for delegate seats in the regions, where the September 10 elections to the legislative assemblies and representative bodies of the administrative centres. Until 31 July 2017 in the regional and local election commissions to apply for the nomination of candidates.

In the single voting day on 10 September the election of deputies of the legislative Assembly will be held in six regions: North Ossetia, Udmurtia, Krasnodar, Penza, Saratov and Sakhalin regions. Direct elections of heads of regions will take place in 16 regions of Buryatia, Karelia, Mari El, Mordovia, Udmurtia, Perm Krai, Belgorod, Kaliningrad, Kirov, Novgorod, Ryazan, Saratov, Sverdlovsk, Tomsk, Yaroslavl oblasts and Sevastopol. There will also be lots of municipal campaigns. In particular, Moscow will elect deputies of the municipal councils in 125 districts.