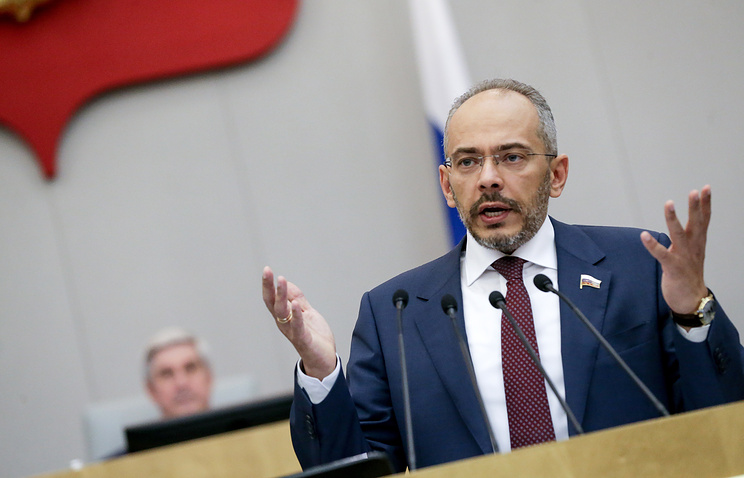 MOSCOW, July 27. /TASS/. Leaders of growth in the “utility Ratio of deputies of the state Duma” became the head of the Duma Committee on natural resources, property and land relations Nikolay Nikolaev (“United Russia”), member of the Committee on information policy, information technologies and communication Evgenie Revenko (“United Russia”) and the Chairman of the Committee on civil society development issues, public and religious associations, member of the Central headquarters of the popular front Natalia Kostenko. This was stated on Thursday at a press conference in TASS political analyst Dmitry Gusev, introducing the second edition of the ranking compiled by the Russian scientists.

“Leaders of growth compared to the previous rating is Nikolai Nikolaev, Evgeny Revenko and Natalia Kostenko,” – said Gusev. “Nikolaev was engaged in the act of the shareholders, it’s his Committee. Revenko was engaged in the law about the resort fee, plus work in the region and media activity. Kostenko (was one of the leaders of growth – approx. TASS) due to its activity at the all-Russia people’s front”, he added.

Gusev also said that he had headed a rating of the effectiveness of the deputies of the Vice-speakers of the state Duma from “United Russia” Sergei Neverov (is also the Secretary of the General Council “United Russia”), Irina Yarovaya and Peter Tolstoy.

The utilization factor is the sum of four indexes: the popular vote, the media (mentioning in the media), the activity of MP in the state Duma (participation in legislative drafting, presentation at meetings) and expert work index in the region (experts estimate the work of the MP with the inhabitants, authorities and local elites).

The presentation of the first ranking took place in mid-March. The leader of the rating became the Vice-speaker of the state Duma from “United Russia” Irina Yarovaya, the second place was Vice-speaker, Secretary of General Council of “United Russia” Sergei Neverov, the Chairman of the Duma Committee on state construction and legislation Pavel Krasheninnikov. Indicators of the speaker of the state Duma Vyacheslav Volodin and the leaders of all four factions in the ranking was not taken into account.