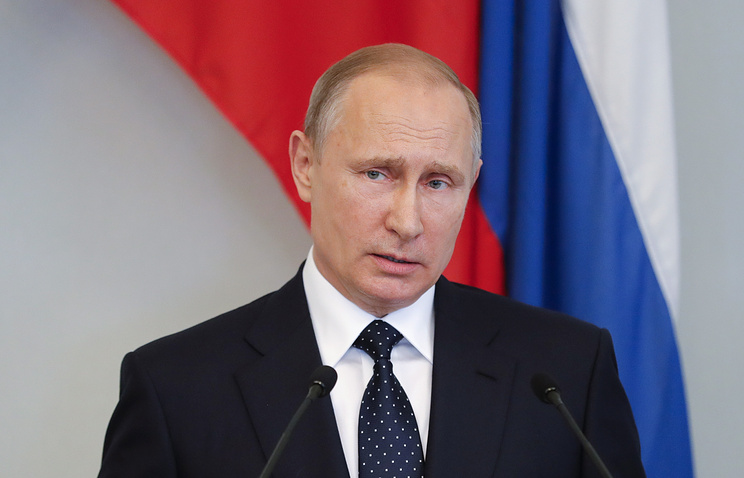 MOSCOW, July 28. /TASS/. The President of Russia Vladimir Putin approved the statement of the foreign Ministry of the Russian Federation, adopted in response to the introduction of the US anti-Russian sanctions.

“Of course, such measures cannot be taken without authorization by the President,” – said the press Secretary of the head of state, Dmitry Peskov.

According to him, the Kremlin does nothing to add to the statement the Ministry of foreign Affairs of the Russian Federation connected with adoption of new law on anti-Russian sanctions. “All the sanctions and contractional cases was the statement of the foreign Ministry, they all set out, I have nothing to add. Accordingly, to add, I will not” – said the representative of the Kremlin.

He urged to carefully read the text of the document and drew attention to the fact that “this is due to the adoption of the new law on sanctions”. “In a statement the foreign Ministry stated,” reminded Sands.

Answering the question about other possible retaliatory measures of Moscow, the press Secretary of the Russian leader quoted a foreign Ministry statement: “We reserve the right, in order of reciprocity and on other measures that may affect the interests of the United States”.

The statement of the Russian foreign Ministry in response to the new U.S. law with the anti-Russian sanctions appeared before the law was approved by the President of the United States Donald trump, because more important is the document approved by the Senate of the U.S. Congress.

Asked by journalists to explain why the response of the Russian Federation on anti-Russian sanctions appeared before the signing of the law by trump, Peskov said, “Because in this case more importance, perhaps, is the form in which [the law] came after the Senate.” “Technologically, this form seems to be almost final,” – said the representative of the Kremlin.

He recalled that the statements of the White house “generally it was about possible tightening [of sanctions], so essentially it does not change”.