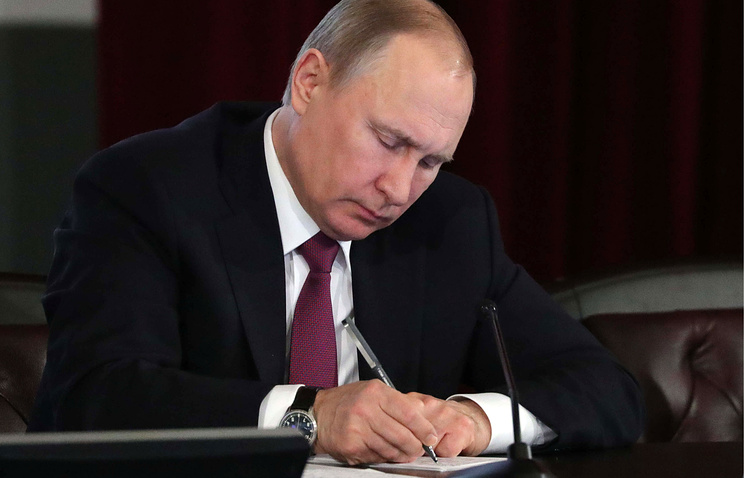 MOSCOW, July 26. /TASS/. Russian President Vladimir Putin signed Federal law on ratification of the Protocol to the agreement on the deployment of the aviation group of the Russian Armed forces on the territory of Syria.

The document is published on the official portal of legal information.

The Protocol specifically provided that the placement of the air group reports Syria Russia in the gratuitous use for the entire term of the agreement and Protocol a land aerodrome Hamim and real estate objects located on it.

The document is aimed at establishing an international legal framework governing the conditions of stay of the Russian air group in Syria, as well as on strengthening of defense capability of Russia and Syria, proceeding from mutual aspiration of the parties to the strengthening and development of military cooperation.

Also the provisions of the Protocol regulates the implementation by the Russian side its jurisdiction over the locations of the air group, as well as in respect of its personnel and members of military families and civilian personnel. Established immunities and privileges, the procedure for the cooperation on issues of jurisdiction and legal assistance in civil and criminal cases and cases on administrative offences.

The provisions of the Protocol stipulates that the agreement is valid for 49 years and is automatically extended for successive 25-year periods.