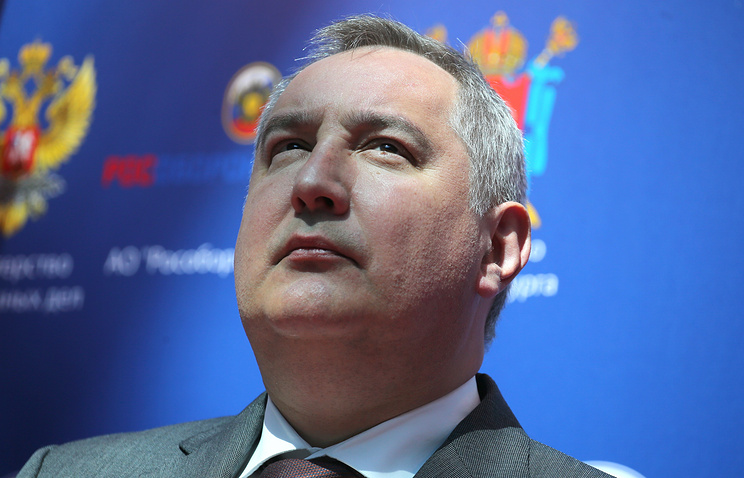 MINSK, July 28. /TASS/. Deputy Prime Minister Dmitry Rogozin said that the decision of the Romanian authorities not to let civilian aircraft, which the Russian delegation was sent to Moldova for talks with Igor Dodon, “the demarche of the Moldovan President”. This opinion was expressed by TASS.

Russian Deputy Prime Minister stressed that “this morning he said all the details of the visit with the Ambassador of Russia Farit Muhametshin”. “In fact it is also a move to address the Moldovan President,” – said Rogozin.

Russian Deputy Prime Minister went to Chisinau, to hold talks with President Igor Dodon at his personal invitation. The next day, together with the head of Moldova he was planning to go on a Bender, where there will be activities on the occasion of the 25th anniversary of the peacekeeping operation on the Dniester.

Air, however, the Romanian authorities have not given permission for the flight of aircraft through its airspace. Hungary also refused and in transit through their space and landing in Budapest.

Previously around the visit of Vice-Premier of Russia in Chisinau scandal. On the eve of the Ministry of foreign Affairs and European integration (MFAEI) has indicated to the Russian Ambassador Farit Mukhametshin on “the inadvisability of carrying out unilateral” actions on the occasion of the anniversary of the peacekeeping operation.

The Ministry recalled the position of the Moldovan government, which insists on the replacement of Russian peacekeepers with a multinational mission of civilian observers. For its part, the Prime Minister Pavel Filip, representing formed the ruling Pro-European coalition of Democratic party welcomed the visit of Rogozin. But noted that “his arrival at the military aircraft impossible”.

The official commented to local media that the Russian delegation is scheduled to arrive on transport of the Ministry of defence of the Russian Federation. Although Rogozin called this information “nonsense”, a group of Moldovan activists urged the government to declare Russian politician persona non grata and posted an online petition in support of this initiative.