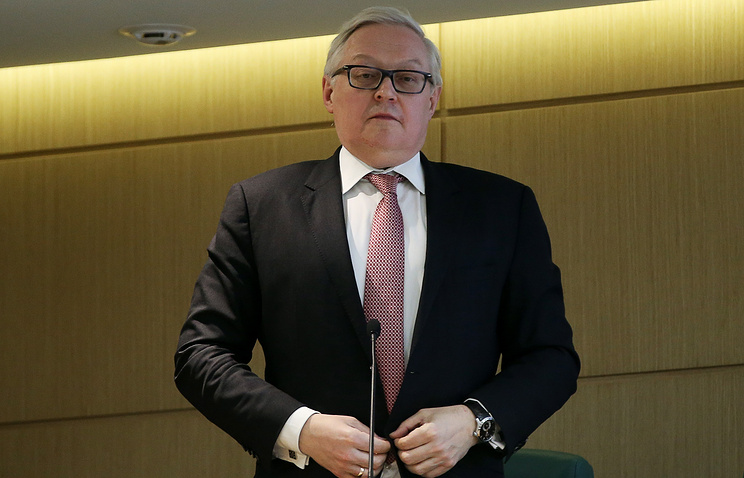 MOSCOW, July 28. /TASS/. The United States will have to compensate the damage caused to the Russian departmenet at the time of her arrest. This was stated on Friday on air of TV channel “Russia 1” the Deputy Minister of foreign Affairs of Russia Sergey Ryabkov, commenting on the measures taken by the Ministry of foreign Affairs of the Russian Federation concerning American diplomatic missions.

“Our recreation centers, which belong to Russia, decorated it, and enjoyed full diplomatic immunity, was the subject of such barbaric invasion, – said Ryabkov. – Was a toy in the hands of those who were looking for a reason as if to spoil even more the already to the limit poisoned the atmosphere of relations with Russia.”

“There [in the cottages of the Russian Embassy in the US] no one, they are in decline, he said. – The responsibility for this on the American side. Possible damage she will have to reimburse”.

Moscow urged Washington to refrain from further destructive action, otherwise the Russian side will again be followed by negative reactions.

“Unfortunately, our appeals, patience, our willingness to show good will, not to yield to their own emotions (although everything inside is boiling) is not infinite, we were forced to take retaliatory measures, Ryabkov said. Are not sanctions and Russian retaliatory measures, the alignment of the field, restoring the balance”.

“If now the United States in its anti-Russian frenzy, try to do something to harm us, followed by a mirrored reaction. This is a negative spiral,” – said Ryabkov.

Moscow, said the Deputy foreign Minister of the Russian Federation, “urges Americans to refrain from such destructive actions.”

“I don’t think this law is terrible, I think that the law of […], flawed, harmful to the United States, doomed to failure. That is, objectives that are formulated by the authors of this law will not be achieved, relations with Russia will deteriorate, and the prospect of improvement will recede even further in the future,” he said.

The U.S. Senate on July 27 approved a bill providing for tougher unilateral American sanctions against Russia, Iran and North Korea. On Tuesday, voted for by a majority of the members of the house of representatives. The document, called “the Law on counteraction to enemies of America by sanctions” will go to the President Donald Trump.

The situation with the consulates

The Deputy foreign Minister added that the reduction in the number of employees of diplomatic missions relate not only to the Embassy in Moscow and three Consulate General in St.-Petersburg, Yekaterinburg and Vladivostok.

“Indeed, introduced restrictive measure by the number of employees of us institutions in Russia encompasses not only the Embassy, but on all three of the Consulate General which is located in Saint Petersburg, Yekaterinburg and Vladivostok, he said. – With regard to the roll-call or poimennogo approach (about specific personnel – approx. TASS), we’ve learned that in a situation when a choice is made in favor of a particular model, it is not always possible to calculate what will happen then”.

“Figure 455 is the number of our diplomatic and administrative-technical staff who are on extended business trips abroad in the US, covers all of our offices there, noted Ryabkov. Is not only D.C., but new York is the Consulate General, it’s all who’s there.”

“With regard to the number of employees, employees of American diplomatic missions in Russia, the issue I would advise to address to the American side,” – said Deputy foreign Minister.

“We do not believe in the accounts, not what we’re doing, we understand that in this case we need to restore the balance, parity, he said. – For us the main thing that on 1 September we noted (and we have the appropriate tools to verify this) that employees of American diplomatic missions in Russia not more than 455 people”.

On Friday, the Russian foreign Ministry issued a statement which reads that Russia has in response developed new anti-sanctions reduces the number of American diplomats in Russia to 455 and closes access from August 1 to the Embassy dacha in Serebryany Bor.