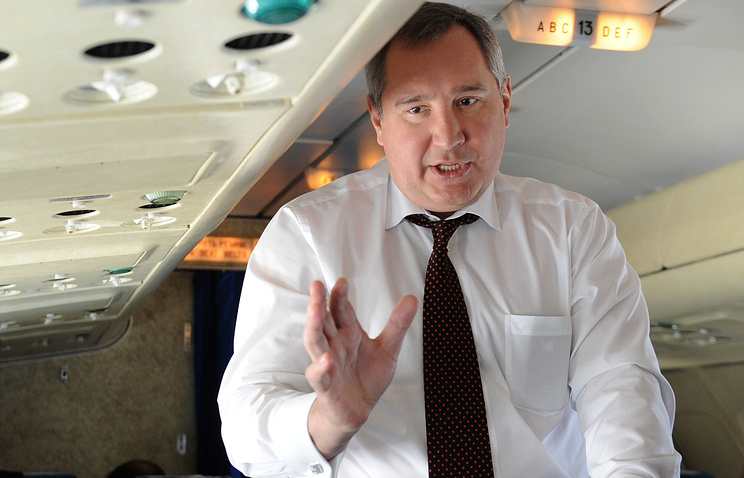 CHISINAU, July 28. /TASS/. The Romanian authorities did not allow the plane with the Deputy Prime Minister Dmitry Rogozin to fly to Moldova, where he went for talks with President Igor Dodon. This was reported by the correspondent of TASS, Russian Ambassador in Chisinau Farit Mukhametshin, who expects Rogozin in Chisinau airport.

“We were informed that the Romanian authorities have not missed the aircraft with Dmitry Rogozin in Moldova” – said Mukhametshin.

According to him, the plane will return to Minsk. “We were told that a passenger plane, which flew Dmitry Rogozin, returned, and landed in Minsk, after the Romanian authorities did not let him in Moldavia,” – said Mukhametshin.

S7157 flight, EN route from Moscow to Chisinau, turned in the opposite direction, making a few circles on the border of Hungary and Romania. This is evidenced by the aviation portal Flightradar24.com.

The flight took off from Domodedovo airport at 11:53 MSK and had to land in Chisinau at 16:30. As evidenced by the data portal passenger Boeing 737 made a few circles on the border of Hungary and Romania, but was never included in the Romanian airspace.

On Board is Deputy Prime Minister Dmitry Rogozin, who was heading to the capital of Moldova. Previously Rogozin said that the Moldovan authorities have tried to prevent the departure from Domodedovo airport.