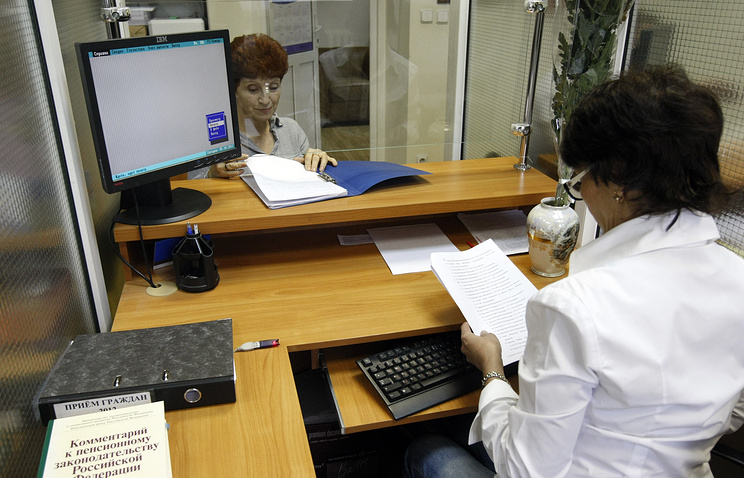 “In my opinion, these problems relate primarily to the public sector, where working pensioners receive such high salaries and where they really couldn’t be replaced,” – said the MP.

As an example, he cited the nurses in the hospitals technical staff in cultural institutions. “So the idea, which is expressed in fraction, which is discussed (I emphasize: it is only discussed, it is not no solution) is to find an opportunity to index pensions to the pensioners, who work in the public sector or who work and receive low wages,” – said Isayev. “This issue is being discussed, of course, will weigh all the pros and cons… and we will make mandatory appropriate decisions,” he said.

The first Deputy head of the Duma United Russia reminded that the decision to abolish the indexation of pensions to working pensioners were taken in 2016 in difficult economic conditions. “We proceeded from the fact that working pensioners have additional sources of income, which are not those pensioners who do not work, he said. But problems still remain”.

“My personal position, and at a fraction of this is being discussed: an important topic of pensioners working in the public sector on low salaries and positions,” – said Isayev. “We have people who have reached retirement age who occupy positions of top managers in various companies, the topic of indexation of pensions is not sharp. But there are those for whom it is acute where the gap between indexed pensions to the unemployed and pensions will grow,” he warned. “In terms of low wages, this can create problems for society as a whole, so there should be some other solution”, – the politician.

While Isayev disagreed with the statement that the decision to abolish the indexation of pensions to working pensioners violated their constitutional rights. “Initially, the pension is a social insurance benefit due to the fact that people have lost the ability to work because of age – he recalled. – If a person works, it is obvious that the work he lost”. “Another important point is that this indexing is from man is not going anywhere: if it stops working, it is this indexing, in full volume is restored,” he added.

“So it was a temporary measure, which draws constitutional rights are not violated. But there is a problem, we are ready to discuss it in various angles, and perhaps this will be one of the autumn session of the state Duma, when we discuss the budget, including the budget of the Pension Fund”, – said Isayev.

The decision to abolish the indexation of pensions to working pensioners in the Russian Federation was adopted in 2016. In early may of 2017, the head of the Cabinet of Ministers Dmitry Medvedev instructed the Ministry of labor, Ministry of Finance and Ministry of economic development jointly with the Pension Fund to further study the issue of the return to indexation of pensions to working retirees, including financial and economic justification of this measure, based on a comprehensive analysis of the situation.

In Russia there are about 9.6 million working pensioners. According to estimates by the FIU, if in 2018, indexation of pensions was suspended in 2016, will resume, it will cost the budget about 200 billion rubles. Earlier, the head of the Pension Fund of Russia Anton Drozdov told TASS that the Fund does not prepare proposals for the indexation of pensions to working pensioners this year.