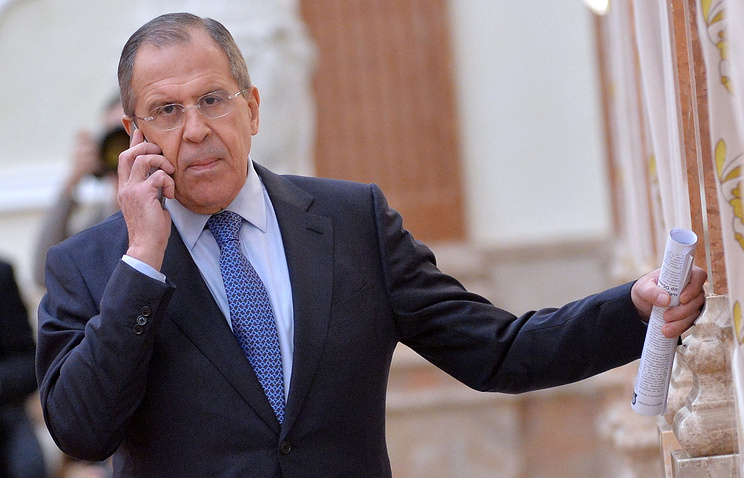 MOSCOW, July 28. /TASS/. The Minister of foreign Affairs of Russia Sergey Lavrov in a telephone conversation with U.S. Secretary of state Rex Tillerson stressed that the decision to equate the number of employees of diplomatic missions of the US and Russia caused by a series of hostile moves of Washington. This was stated on Friday, the Russian foreign Ministry following the meeting.

“Sergei Lavrov stressed that the decision to equalize the number of members of the American and Russian diplomatic missions, as well as close access to two facilities of the U.S. Embassy caused by a series of hostile moves of Washington, – the Ministry noted. – These actions included illegal sanctions against Russia, slanderous accusations in her address, the mass expulsion of diplomats and the expropriation of our diplomatic property.”

The Minister stressed that Russia “did everything possible to improve relations in response to American provocations kept a low profile”.

“However, recent events have shown that U.S. policy was in the hands of Russophobic forces pushing Washington on the path of confrontation, – stated in dipvedomstva Russia. – We have adopted a limited and completely adequate measures are not an answer on the principle of “an eye for an eye” and a necessary step, completely entered into international practice and aimed at protecting legitimate Russian interests in the hope that the American side has finally, think about the harmful consequences of its line.”

Lavrov confirmed that Russia “remains committed to normalizing bilateral relations with the US and cooperation on major issues of the international agenda, but this is possible only on the basis of equality, mutual respect and alignment of balance of interests”.