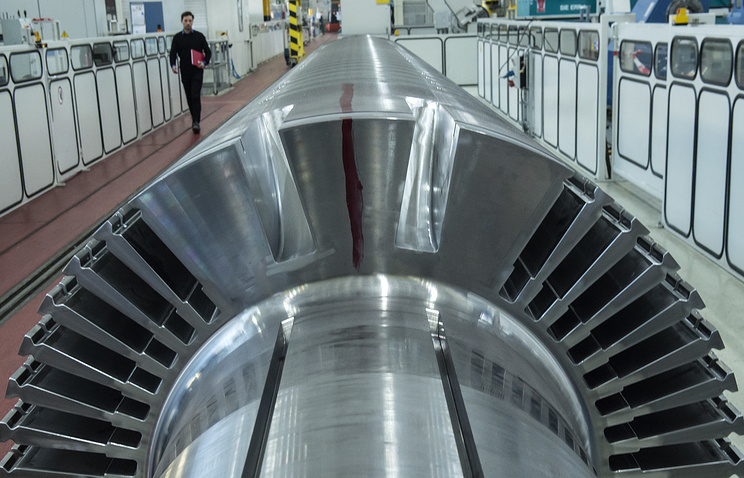 MOSCOW, July 28. /TASS/. Tekhnopromeksport has not received from the Siemens are no official offers to buy back the turbines, also, offered this option to the concern in 2016, but Siemens abandoned this proposal. This was reported to journalists by the representative of “Technopromexport”.

Tekhnopromeksport has not received from Siemens no formal offer to repurchase turbines. In connection with the bankruptcy of the court’s decision was a decision on the sale of equipment. Moreover in 2016, at the initiative of Tekhnopromexport, Siemens was officially asked to redeem turbine installations, were placed the corresponding public competition, but Siemens abandoned this proposal. Turbine was sold to another company”, – said the representative of the company.

“Technopromexport” noted that “to date, turbine has been modernized, and specified the characteristics of the project”.

Earlier in the company declared that service turbines in the Crimea will be engaged Russian specialists and contractors.

German concern Siemens on 21 July 2017, announced the suspension of deliveries of power equipment of Russian firms, since, according to him, the four set for power station in Taman gas turbine was moved to the Crimea to bypass sanctions of the European Union.

The Minister of industry and trade of Russia Denis Manturov earlier stressed that the Russian side has provided the maximum legal correctness in the use of Siemens technology in the production of turbines for thermal power plants in the Crimea.

According to the Minister, Simferopol and Sevastopol TPP will be equipped with turbines of Russian production, but with the use of foreign elements. The turbines have a Russian certificate, said the Minister of trade and industry.