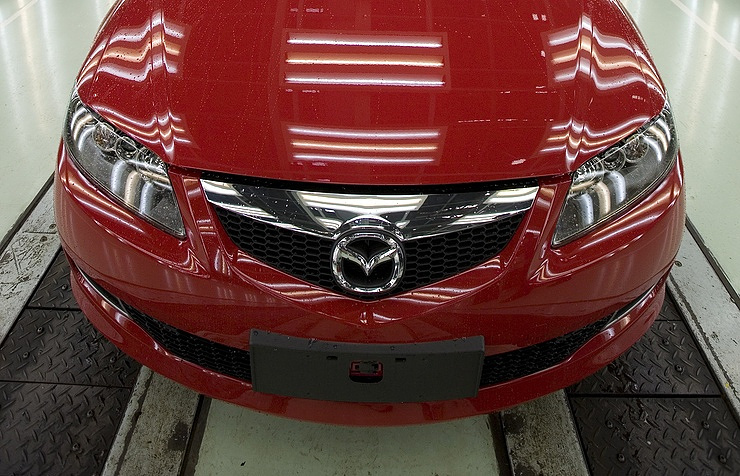 MOSCOW, July 28. /TASS/. The Russian government has expanded the boundaries of the territory of advancing socio-economic development (TOR) Nadezhdinskiy in Primorsky Krai under the project of production of automobile engines Mazda. The corresponding decree was published on Friday on the website of the Cabinet.

“The signed resolution to the border TOR Nadezhdinskiy changes: included two plots of land located in the Vladivostok city district in Primorsky Krai. On these plots will be implemented investment project of LLC “Mazda Sollers manufacturing Rus” for the creation and modernization of capacities of the industrial production of motor vehicles and Mazda engines family SkyActiv-G, including their Assembly and machining basic component of the engine”, – stated in the certificate to the document.

It is expected that the expansion of TOR will help to localize production and create new jobs and attract more than 3 billion rubles of private investment. Taking into account the tax benefits for the years 2017-2026 is projected to more than 11 billion total revenues from taxes and fees.

Russia and the “Mazda Sollers” have signed the contract on realization of investment projects on creation and modernization of industrial production of engines intended for export, and motor vehicles, in September last year. According to the contract, the investor ensures that the investment more than 2 billion rubles in the organization in 2018 engine production capacity is 50 thousand engines per year, including the localization of several technological operations on processing of the basic components of engines.

The company plans to organize the production of new engines Mazda Sky Engine. As a result of implementation of the project will create more than 600 jobs.