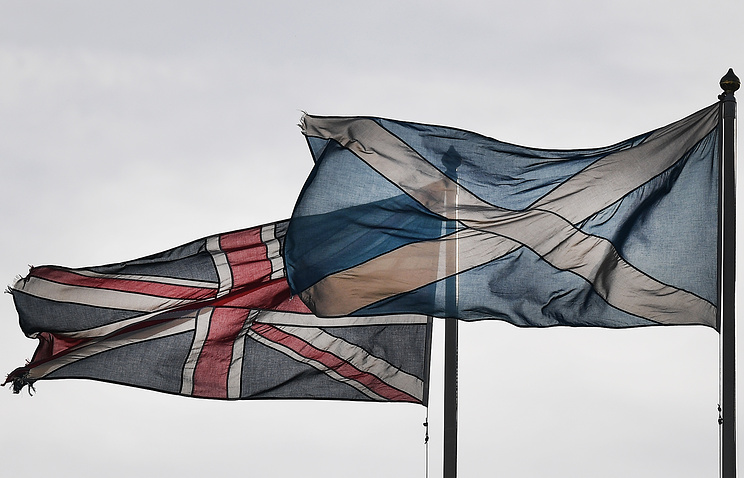 LONDON, July 30. /TASS/. The Scottish government has demanded from London at the legislative level to ensure the protection of Scotch whisky exports after Brexit. This is in reference to the British Cabinet, said the Minister of economy Scotland Keith brown, informs on Sunday Agency Press Association.

“Whiskey is a product, whose export in terms of money Scotland brings £4 billion ($5.25 bln) per year. It is very important that we maintain robust legal protection for Scotch whisky, which is why I asked for clarification from the UK government, was this question part of the negotiations during the visit of Minister of foreign trade [Liam Fox] in the United States,” said brown, stressing that “the production of whiskey employs about 20 thousand people”.

Scottish Minister also pointed to the inadmissibility of consideration of the British Cabinet “trade deals that threaten the value and reputation of Scottish produce”, pointing to “the mess that is the basis of the position of the British government on Brexit”. “I also insist that the current regulatory requirements of the EU was guaranteed after Brexit”, he continued.

“We need to be sure that any future agreements will benefit Scotland and not threaten the livelihoods of our farmers and producers,” added brown, underlining the importance of monitoring by the regional governments for the negotiations on the termination of membership of the United Kingdom in the EU.

A referendum on Britain’s membership in the EU was held on 23 June 2016. Win it with a score of 51.9% of the supporters of Brexit. The Prime Minister of the United Kingdom Theresa may, on 29 March officially informed Brussels about the launch of a two-year procedure of exit from the community, which should be completed by March 2019.