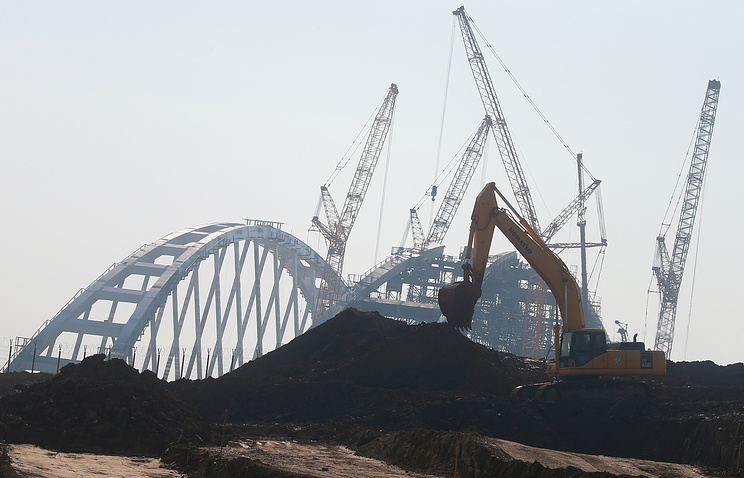 SEBASTOPOL, July 31. /TASS/. The Ministry of transport, JSC “Russian Railways” and the Federal state unitary enterprise “Crimean railway” (KZHD) has prepared a plan for the electrification of the railway Taman and Crimean Peninsula, reports the newspaper “Kommersant”, citing sources familiar with the situation.

The corresponding letter Deputy Prime Minister Arkady Dvorkovich has written to the Deputy Minister of transport Alan Lushnikov in mid-July. The document States that from 2021 to 2025 should be electrified railroad bridge from Kerch to Dzhankoy with a branch to Feodosia and Kerch, and also needs to be transferred from the DC to AC plot a Salt Lake-Dzhankoy-Simferopol-Sevastopol with a link to Yevpatoria. On the basis of analogous projects, this may require investments in the amount of 57 billion roubles, says the source.

According to estimates, the opening of rail traffic across the Kerch bridge in December 2019 will not lead to a multiple increase of passenger traffic on the railway, says the interlocutor of Kommersant. Thus, during the high season in Crimea will not go more than 15 trains a day, most of which will go to Feodosia, and others – to Simferopol, Sevastopol and Yalta, says the publication.

The Ministry of transport “” have confirmed that he offered the government three options of electrification at the site of the bridge Kerch – Dzhankoy. Thus, regardless of which option is selected, it is necessary to carry out the work on the electrification of the railway in the area through the Kerch Strait for RUR 0.4 billion.

“Given the limited budget the Ministry of transport recommends that electrify the way to the station bagerovo in subsequent phases of the electrification to extend the first station Vladislavovka, then to the station in Dzhankoy. The Ministry proposes to Finance the first phase of electrification funds that will be saved in the project on creation of dry-cargo district of port Taman”, – quotes “Kommersant” representative of the Ministry of transport.