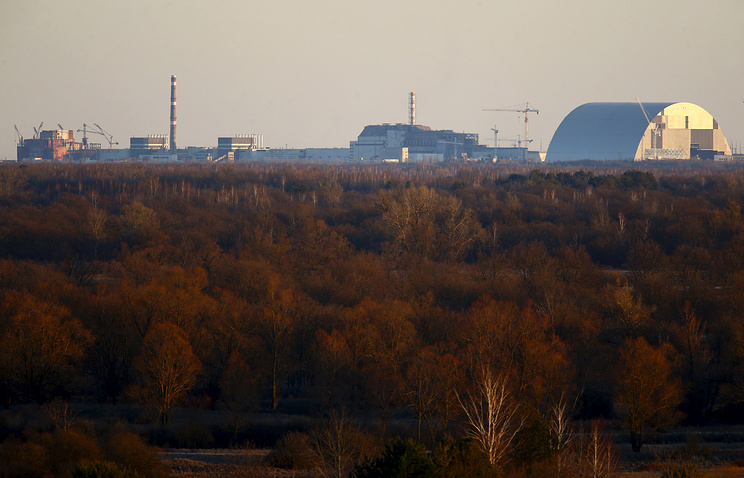 KIEV, July 31. /TASS/. The state property Fund of Ukraine posted an announcement about the leasing of engineering structures of system of cooling of objects of the Chernobyl NPP. This is stated in Monday on the website of the Fund.

“The total area of 2.5 million square meters. Spaces are rented for placement of photovoltaic solar power capacity of 100 MW. The maximum rental period is 49 years”, – stated in the message.

Earlier Ukrainian Prime Minister Volodymyr Groysman , the construction of the “first solar power station in the Chernobyl exclusion zone” began in April 2017. Then the Minister of ecology and natural resources of the country Ostap Semerak stated that the first “green” energy from the exclusion zone “in the first half of this (2017 – approx. TASS) of the year”, but official reports of operation of the solar plant has not yet been reported.

The lack of construction of solar power station confirmed TASS in the press-the Secretary of the state Agency for exclusion zone management, Chernobyl Elena Kovalchuk. “The construction of solar power station is not conducted. Any physical action, as far as I know, not yet carried out. Everything is in the stage of completing the paperwork”, she said.

As explained Kovalchuk, all the rooms of ChNPP owned by the state, so they engaged the state property Fund. “A lot of buildings. Rentals to those who can investirovat in the solar station,” added the spokesman.

The accident at the fourth unit of Chernobyl occurred on the night of 26 April 1986. Due to the destruction of the active zone of the reactor, were contaminated more than 200 thousand square kilometers, mainly in Ukraine, Belarus and Russia. By November 1986, was completed the object “Shelter” is the first concrete sarcophagus with a height of over 50 meters. He holds not less than 95 percent of fuel-containing masses of the damaged reactor, and about 70 thousand tons of radioactive metal, concrete and vitrified mass, tens of tons of radioactive dust.

In 2012 construction began on a new protective arch (confinement), which will cover the “Shelter” object. In November 2016, the arch was installed in the design position. According to plan, completion is scheduled for November of this year.