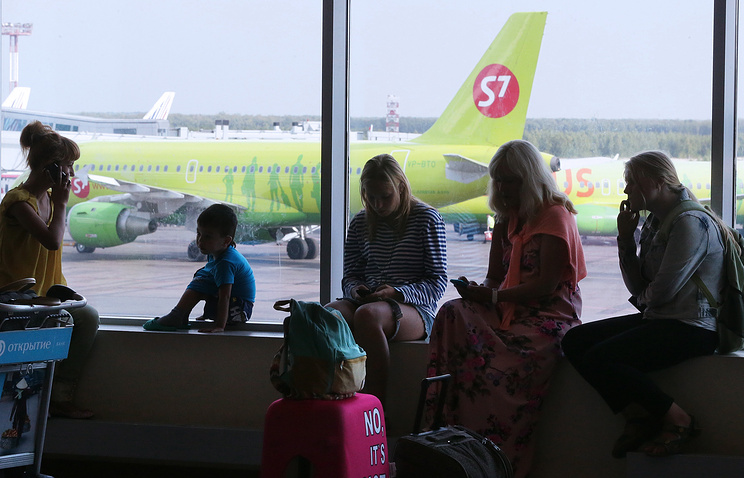 MOSCOW, August 2. /TASS/. Aeroflot, S7 and UTair are not going to cancel the free baggage allowance for non-refundable tickets, the newspaper “Vedomosti” with reference to the statements of companies.

“Our tariff system is convenient, passengers got used to it”, – the newspaper quoted the representative of the S7. “Normal fare “light” – up to 10 kg in the cabin to reduce not planned”, – said the commercial Director of UTair Pavel Permyakov. These amendments are important for the development of the lowcost transportation, said the representative of “Aeroflot” and the top Manager of “Ural airlines”. “We analyze the market and the offer of competitors, if we see the need for tariffs without the necessary baggage, they can enter,” adds the latter.

Aeroflot (together with its largest “daughter” of “Russia”), S7, UTair and Ural airlines in the first half moved 71.9% of all passengers of Russian airlines.

Loukoster “Victory”, in turn, plans to introduce new rules and rates “as a whole will be a significant reduction in tariffs as on flights and baggage,” – said the representative of loukoster the newspaper.

The share of non-refundable tickets on flights of Russian airlines, purchased from partners aviasales.ru that is about 50%, said PR Director of the aggregator Janis ticket.

At the end of July the President of Russia Vladimir Putin signed amendments to the Air code, according to which airlines are not obliged to carry free of charge baggage on non-refundable tickets; carriers will be able to set the rules and charge for baggage extra cost. The amendments will enter into force 60 days. Now for any ticket, the airline is free to move a minimum of 10 kg of Luggage.