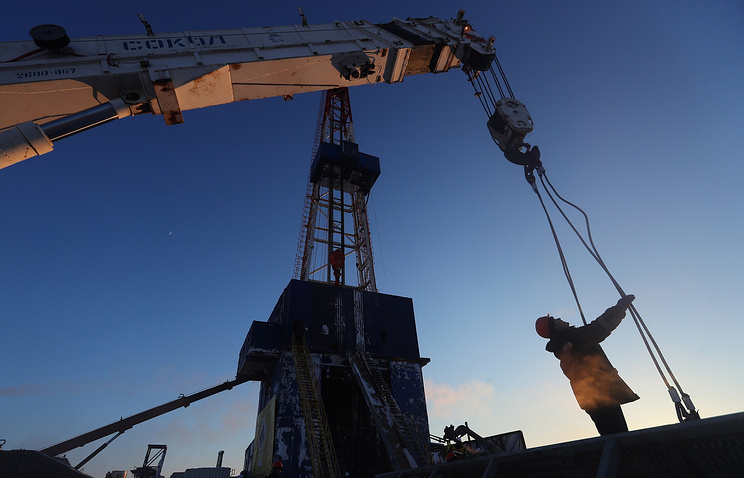 MOSCOW, 7 Aug. /TASS/. Traders OPEC+ reduction of oil production will be very difficult to agree on its renewal after March 2018, according to respondents TASS analysts.

In their view, Russia is most of all interested in the withdrawal from the agreement, but Saudi Arabia, in contrast, is inclined to its extension.

At the end of last year, the cartel members and 11 independent countries-exporters, including Russia, agreed to cut oil production to 1.8 million barrels per day compared to October 2016. This was done to restore the oil price and balance of supply and demand in the market. Russia took the obligation to reduce the amount of oil extraction by 300 thousand barrels per day. Later the deal was extended until the end of March 2018, is now discussing the possibility of its further prolongation.

This week on Monday and Tuesday, representatives of the OPEC+ will discuss execution of the agreements at a special meeting of the technical Committee in Abu Dhabi. The talks will be held after the meeting in St. Petersburg on 22-24 July meeting of the monitoring Committee of OPEC Ministers that is recommended to consider the possibility of extending the deal.

Initially, Russia was more difficult in contrast to most countries of the OPEC to decide on production cuts. This situation is due to the harsh climatic conditions, not allowing to sharply reduce the oil recovery. In addition, the Russian oil industry in recent years has invested significant amount of investment in new projects that was supposed to provide production growth at least until the end of 2019.

Sberbank SIB analyst Valery Nesterov believes that Russia, most likely, will not agree to the extension of the reduction of oil production, as oil workers intend to implement the existing growth potential and do not want to let competitors into markets where they operate. “At the moment the industry’s prevailing desire to complete the transaction, this desire to have and Russia. Our company now did not look happy due to the fact that they have to cut production,” he said.

The same opinion and the analyst of “Finam” Alexey Kalachev, who believes that the extension of the transaction will not give a significant effect. “Russia will not renew. This makes no sense – we just make room for competitors. Besides, the price of oil will still not be able to raise, and only support at the current level. Thus, the extension now of little use,” he says.

The Director of the division of corporations, Fitch Ratings Dmitry marinchenko also believes that to reach an agreement this time will be harder. In particular, it is connected with insufficient rate of reduction of inventories accumulated in the storage tanks and tankers worldwide. “Some disappointment in the effectiveness of the transaction might have led to that the countries – participants of the agreement have reduced the degree of implementation of the agreement – according to the IEA, 95% in may to 78 percent in June. However while early to say that there is a steady downward trend in this indicator,” he said.

The expert of the energy center business school SKOLKOVO Catherine Grushovenko believes that the scenario of extending the agreement likely. However, she acknowledges that the deal may fall because of Libya, Iraq and Kazakhstan, which actually do not fulfill the conditions. According to her, most of all in the extension of the agreement and maintain oil prices are now interested in Saudi Arabia. In 2018 will be the IPO of its national oil company, Saudi Aramco and more profitable sales need high oil prices.

Nesterov also noted the desire of Riyadh to support the extension of the agreement. “It [Saudi Arabia] easier for others struggling with this agreement. They can further reduce oil production”, – he said.

Principal analyst at Wood Mackenzie Simon flowers believes that the decision on the extension of the deal, likely to be adopted because of the glut of oil on the world market. According to his calculations, the proposal next year could increase by 1.9 million barrels a day, with a lower demand growth of 1.2 million barrels per day. Therefore, he believes that the terms of the agreement will be extended by 9 months until the end of 2018.

Sectoral ministries OPEC+ on the possibility of extending the agreement generally speak very cautiously and usually limited to a polite refusal to answer a question or assure the journalists that discuss this topic yet.

However, at the last meeting of the monitoring Committee, held in St. Petersburg, the participants of the Alliance is recommended to consider the question of the extension of the transaction beyond March 2018 as one of the options of measures to stabilize the market. The period for which it would be possible to prolong the deal were not named.

Analysts say that OPEC countries+ you may be able to produce new terms of the transaction in which claims to production cuts would be mitigated, but the parties to the agreement would retain external commitment to the agreement. They note that the discipline of OPEC+ will continue to decline, and the country will try to gradually increase production, publicly supporting the agreement.

“Another issue is that even if the extension of the deal discipline countries participating in the agreement will probably fall, which makes the deal even less effective. Iraq, the United Arab Emirates and Kazakhstan are now in the list of the most “backward” in public, however, the transaction is not disputed. Perhaps this tactic will start to stick and some other countries,” said marinchenko.

Nesterov said that most likely the decision on the extension of the transaction will be accepted only in January and February, as the situation at that time may be highly variable. In particular, the deal can significantly impact production growth in Brazil, Canada and Norway, which do not participate in the agreement.

Also an important factor of China, which, according to Kalachev, “can come into play and smash all the cards”, as long as it is not clear how the country intends to buy oil in the next year.

Jump into the abyss or climbing to the peak

The output of the parties from the agreement in March and a transition to a policy of unlimited growth may lead to a new fall in oil prices, analysts said. This possibility remains, including from-for growth of volumes of production of shale oil in the US and recovery of oil extraction in Nigeria and Libya.

Marinchenko says that in the long term the oil price will not depend on OPEC policy, and the cost of production of shale oil, and will she be able to compensate for the fall in production volumes of conventional oil – the latter will begin to fall from 2019-2020 due to the downturn of investment. “Our forecast for next year – $55 per barrel of Brent crude – involves the relative balance between supply and demand. If OPEC+ will not reach agreement and begin to increase production, the market may again be in surplus, and commodity stocks around the world continue to grow – with the result that prices could collapse to $40. This is our stress scenario,” he said.

Similar predictions and Grushovenko. She believes that if countries agree, then the price of oil will stay in the range of $50-55 per barrel, but it is not clear how long she will be in this range. It all depends on the volume of production in the United States.

Flowers notes that Wood Mackenzie July 10 cut its forecast for oil prices for the next two years at $2.5 per barrel to $51 in 2017 and up to $50 in 2018 however, he explained that the decline in prices may continue.