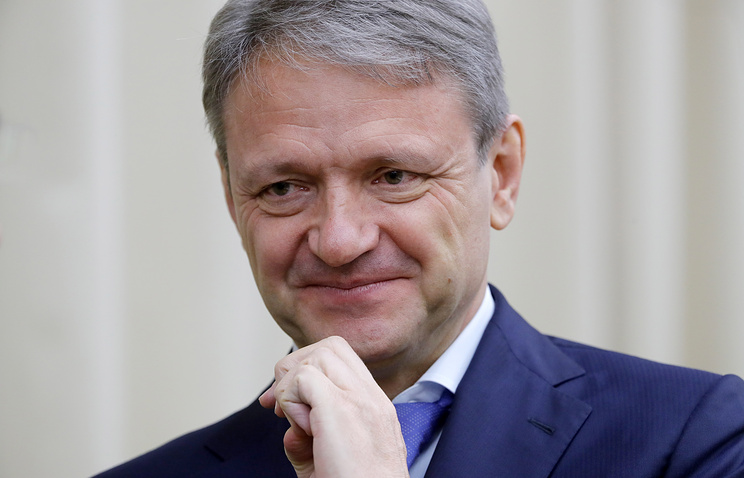 MOSCOW, 7 Aug. /TASS/. Vegetable prices in Russia began to decline, this trend will continue, said the head of the Ministry of agriculture of the Russian Federation Alexander Tkachev in interview to TV channel “Russia 24”.

“By the fall of prices will go down, on the vegetables first. This is the season of large volume. As a consequence, this will affect the price. Price is already beginning to drop about 8%, about 15%. We need to produce, so the price is not increased, but decreased, and was acceptable to the consumer,” he said.

Tkachev added that the Ministry of agriculture is planning three to five years by 90% to provide the Russian market of domestic vegetables. “We need five, at least three years to ensure that we could 90% to close the market for the vegetables,” he said.

According to the head of the agriculture Ministry, grain harvest in Russia in 2017 could reach 103-105 million tonnes.

“The timing is shifted for two weeks, but we hope for a dry autumn. Our predictions of the order of 103-105 mln tonnes of grain,” – said Tkachev. He also said that with the opening of new markets Russia can increase grain exports. “We expect that if the dollar will be stronger if we open up new country for exporting, we can reach the exports of the order of 38 million tons,” – said the Minister.

It is estimated that agricultural production this year may grow by 3.5-4%.

Earlier Alexander Tkachev reported that Russia could raise more than 105 million tons of grain by the end of 2017 in the case of warm and dry autumn, the exports in 2017-2018 marketing year could reach more than 35 million tonnes, he said, to restrain the surge of prices for fruit and vegetables in the future, perhaps, if you increase the number of vegetable storage facilities in Russia.