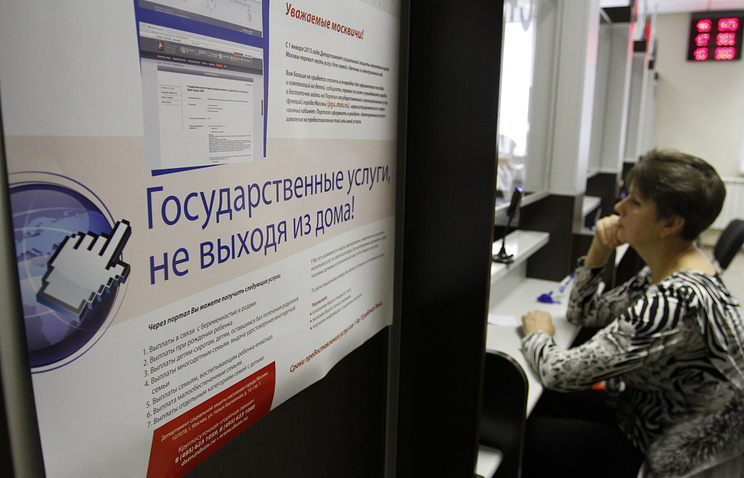 TASS, 9 Aug. Access to the portal “public Services” will be possible through a social network “Classmates” – in September the service will be launched for the social network users across Russia. About this TASS said a source close to the “Classmates”.

According to the interlocutor of the Agency, in the first stage, the user can access 12 features, including the issue of the passport or birth certificate, vehicle registration, submission of documents to receive maternity capital, payment of fines and notifications. In the future we plan to add all the most popular services of the portal.

Services can be used with a computer or a mobile device (via Internet browser or mobile application “Classmates” for Android and iOS).

The press service of the social network confirmed such plans. “We are preparing a service that will allow you to receive public services in the “Classmates”. At the moment we are negotiating with the portal of state Services on what will be the mechanics and the technical implementation of this service,” said TASS representative of the company.

The communications Ministry plans to integrate with “Classmates” refused to comment. The Ministry noted that really develops the project “Open platform of public services”, in which users are given the opportunity to obtain the most popular services on various sites beyond the immediate Single portal of public services.

“The technology used ensures complete safety and security of personal data, using for user authorization service ESIA (unified system of identification and authentication)”, – TASS was told in the press service of the Ministry of communications.

Cooperation with commercial companies and social networks, the Agency considers promising because of the ability to offer popular services on the social networks, but at the moment this possibility is not implemented, noted in the Ministry of communications.

Functions of the portal “public Services”

On the portal “public Services” (gosuslugi.ru), by the end of June 2017, was 50 million people, on average, in 2017, the month, recorded more than 1.5 million new users. After starting the services on the “Classmates” to have a private office will be in the social network, but will need to do a confirmation account (with a registered letter sent through “Mail of Russia”, the electronic signature or personal presence in special centres).

The portal is available more than 350 Federal state services in electronic form, the most popular among Russians is the review of judicial and tax debts, traffic fines, ordering statements from his personal account in the Pension Fund, registration of vehicles, obtaining rights, registration of passports and issuing of certificates about the presence or absence of a criminal record.