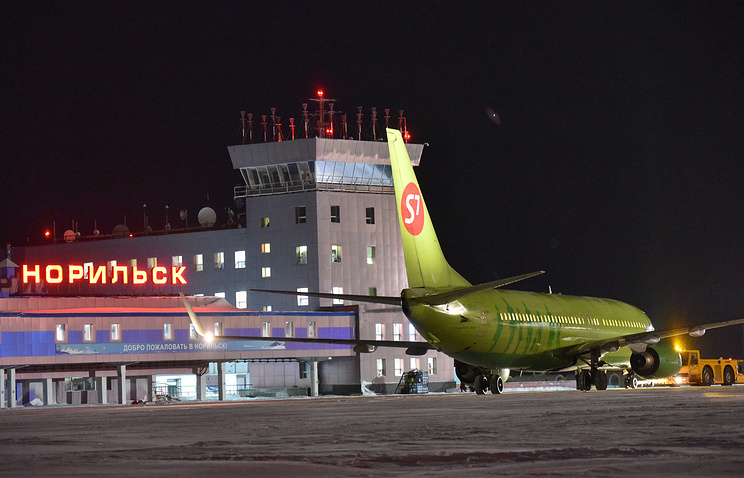 KRASNOYARSK, August 10. /TASS/. Reconstruction of Alykel airport (Norilsk) in the North of the Krasnoyarsk territory did not affect the timing of the delivery of mail for residents of the Taimyr district. About it on Thursday has informed a press-service of administration of area with reference to the representatives of “Mail of Russia”.

“In connection with the reconstruction of the runway airport Norilsk has changed the scheme of delivery of mail to residents of the Taimyr Dolgan-Nenets municipal district. Meanwhile, changes of the delivery did not happen. Developed “Mail of Russia” itineraries allow you on time and in full to fulfill all obligations to customers and to comply with target dates of shipment during the construction period of the airport”, – informs the administration.

All postage konsolidiruyutsya in Krasnoyarsk and sent to Norilsk by small aircraft. “The aircraft with mail cargo arrive at certain times in coordination with the airport authority. Charter flights fly in accordance with the schedule of the flights, if necessary, arranges additional” – leads the press service quoted head of the Norilsk post office Sevila Narimanyan.

Reconstruction of the Norilsk Alykel airport began in 2016, at the time the aircraft was available as a strip of 2.5 km, which made it possible to restrict the transportation of passengers and cargo. However, this year work began on the section of the runway longer than 1 km, the aircraft type Boeing in these circumstances, land can not, so they were replaced by small aircraft. Calendar period of the reconstruction of the strip from 1 June to 15 September.

The work will be conducted during three summer seasons, planned to be completed in September 2018. Financing is conducted within the framework of the Federal target program “Development of transport system of Russia (2010-2020)”, 9.6 billion roubles for its implementation was sent to the Federal budget 3 billion rubles – the company “Norilsk Nickel”.