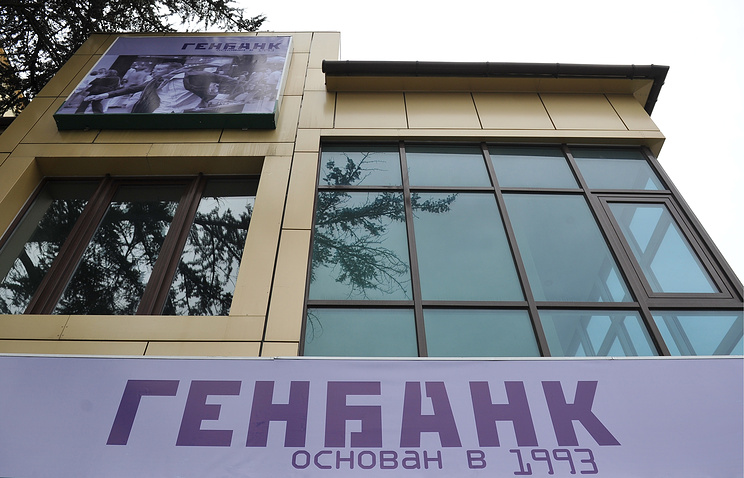 MOSCOW, August 10. /TASS/. The Bank of Russia to increase the financial sustainability of the Crimean GenBank decided to involve as the investor credit institution “daughter” Bank “Russia” – Sobinbank.

At the same time the regulator has entered into the GenBank interim administration, said in a statement the Central Bank.

“The implementation of measures to enhance financial stability of the Bank in the future will allow the program to expand crediting of priority importance for the economy and population of the Crimea Peninsula, and the list of provided Bank services”, – stated in the press release of the regulator.

GenBank will continue to work in regular mode, it is underlined in the message.

According to information posted on the website of GenBank, the decision on attraction of Sobinbank as a systemic investor was the result of work of the Crimean government to improve the financial stability of the Bank and the replenishment of its capital. In the credit organizations are sure that the involvement of the investor will allow the Genebank to continue to “build as one of the leading banks of Crimea”.

GenBank is a supporting Bank of the government of Crimea. In August 2015, the shareholders of the Bank became Executive authorities of the Republic of Crimea and Sevastopol (25% stake). Today on the Peninsula opened more than 190 outlets, installed more than 450 ATMs, 140 cash offices and more than 1.1 thousand POS terminals.