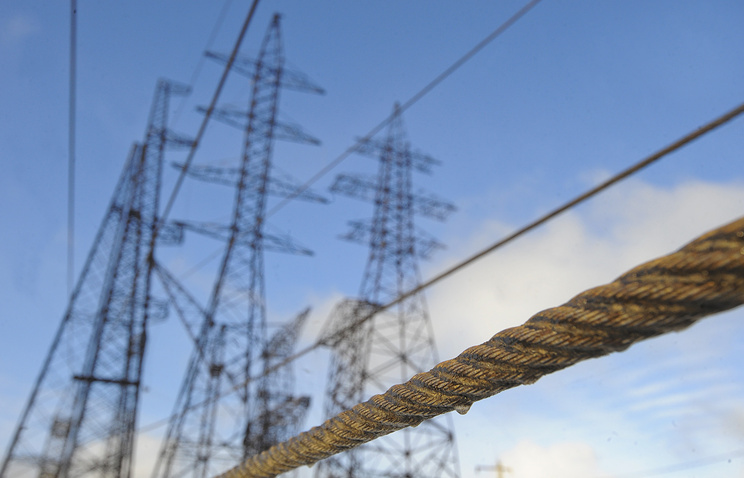 KRASNODAR, August 9. /TASS/. The energy Ministry has denied reports on the recommendations of the energy sector of the Kuban to impose temporary restrictions in supply due to hot weather. This is stated in the message of the Ministry of energy of the Russian Federation.

Earlier it was reported that the schedule temporary outages introduced in a number of cities and districts of Kuban, to reduce the risk of unplanned outages in the conditions of hot weather and increased electricity consumption.

“In connection with the situation in the territory of the Republic of Crimea was introduced a schedule of rolling blackouts during peak loads. However, the Ministry of energy did not give recommendations for the introduction of graphics temporary blackouts in the Krasnodar region. The information published on the site of administration, is erroneous and will be removed in the near future”, – stated in the message.

The energy Ministry noted that the established throughout South UES the abnormal heat has a significant impact on the operation modes of all the energy systems of Southern Russia.

“First of all, this is due to a sharp increase in the consumption of electricity and power. Third day in a row in the IPS of the South, the Kuban and Crimean power systems the value of maximum consumption of electric power exceeds historical figures [FIGURE]. In addition, high temperatures lead to decreasing capacity of transmission lines, which primarily depends on the physical properties of the network equipment”, – consider in the Ministry.

Posted on the website of the regional administration the message of the authorities of the Kuban stated that on the territory of South-West energy district of Krasnodar region will be the disconnection of consumers in the amount of up to 110 MW in the period from 20:00 to 23:00 GMT. Schedule is in effect in the territories of the cities of Novorossiysk, Anapa, Gelendzhik and the Crimean, Abinsky, Slavic, Krasnoarmeysky, Temryuksky districts.

The position of the region

The Ministry of fuel and energy complex and housing and communal services of the Kuban TASS reported outage are entered at the command of the system operator, which manages the Unified energy network. It includes Supervisory control of energy system of Krasnodar region and Republic of Adygea “of the Kuban regional dispatching management”. Schedules of temporary outages of the controllers are introduced in order not to disrupt the operation of the entire Unified system.

“If the Manager sees at the maximum permissible load, then, of course, is given, in accordance with the current legislation on the introduction of schedules of restriction. All the restrictions associated with the network management of certain entities,” – said Deputy Minister of regional Ministry Andrei Lyashko

However, he added, unified energy system technologically is divided into regions, so perturbations in a regional grid can lead to certain consequences and in this system, and interrelated systems.