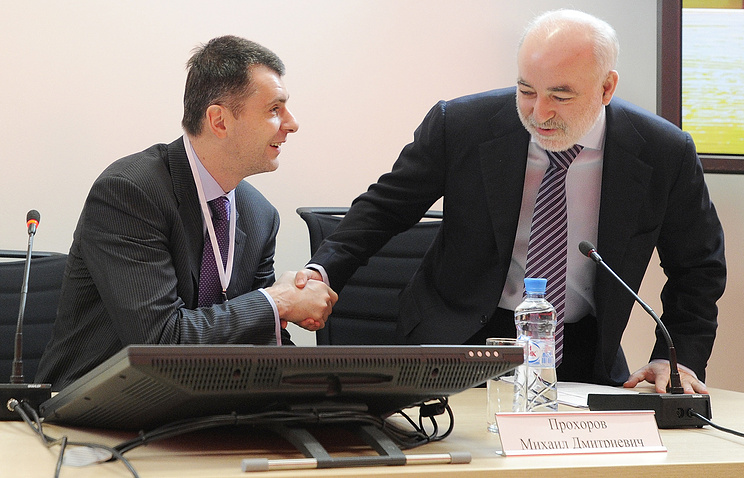 TASS, August 11. The owner of “ONEKSIM” Mikhail Prokhorov is selling about 7% of the shares of “RUSAL”. This is stated in the message on the Hong Kong stock exchange.

After the closing of the transaction, the share of structures of Vekselberg in the “RUSAL” will grow from 15.8% to 22.8%. Share Prokhorov will be reduced to 6.7%.

In addition to the ONEXIM, Sual Partners and major shareholders “Rusala” are En+ of Oleg Deripaska (48,13%) and through Glencore Amokenga Holdings (8.75 per cent). Management of “RUSAL” owns about 0.25% of the shares. The rest of the shares is in free float.

This is the second major deal Prokhorov shares of “RUSAL” this year. In February, he sold 3.32% of the company’s shares on the stock exchange for $240 million Package was placed through an accelerated bookbuild.