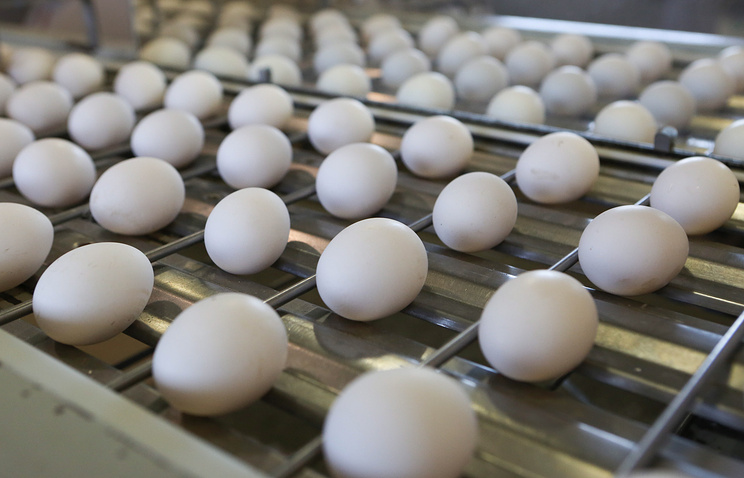 MOSCOW, August 11. /TASS/. Russia does not import table eggs from the European Union, where there was a scandal because of the insecurity of this product, however, there is a possibility of importation from countries in EurAsEC. This was reported to journalists by the official representative of the Rosselkhoznadzor Julia Melano.

“Food egg from the EU does not have access to the Russian market, the reason is the lack of accredited establishments for export to Russia. The ban on export of edible eggs is not associated with the bradenburg – this situation was previously such. Given the saturation of the Russian market of domestic egg for food purposes, work for accreditation of the enterprises of the European Union has not been,” she said.

However, according to Melano, there is a probability of importation of such products from neighboring Russia, for example, partners in the EurAsEC. However, while such cases have not been identified, said the representative of Rosselkhoznadzor.

“There is a probability that this egg can enter our country through the EurAsEC countries, but in their work on the administrative borders with Kazakhstan and Belarus, we with the attempts of illegal import of such products was not dealt with,” she said.

As reported earlier, the European Commission representative Mina Andreeva, the Commission decided to convene on September 26 unscheduled meeting of all stakeholders on the scandal with contaminated fipronil eggs that are found in 15 countries both in the EU and beyond.