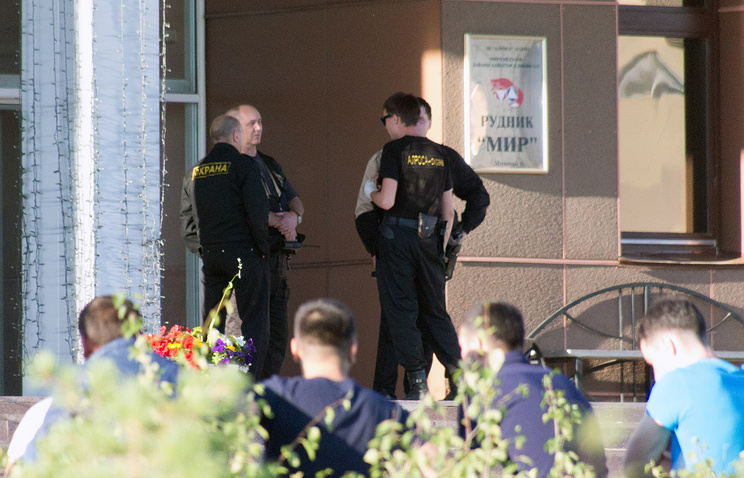 MIRNY (YAKUTIA), August 14. /TASS/. The accident at the mine “Mir” and his downtime will not affect the annual plan diamond mining company “ALROSA” in production and sales, told journalists the Vice-President and Executive Director Igor Sobolev.

“Plans for the current year is not corrected. Will fill at the expense of other fields. In the next year due to new fields,” he said.

Plans for sales of the company also has no plans to change, said a top Manager. “Plan sales depends on the market, and it directly usually not associated with diamond mining. In addition to current production, there are drains, which operates our sales organization,” reminded Sobolev.

Previously approved the production schedule of the company included production and sale of 39 million carats of diamonds by year-end 2017. The management of ALROSA did not rule out the revision and increase of these indicators to fall. After the accident at the mine “Mir” the President “Alrosy” reported on the revision of the parameters of the production activities and budget of the company in the period up to 19 August.

The accident at the mine “Mir” occurred on 4 August 2017 as a result of breakthrough of water from the quarry there was a flooding of the mine, where at the time of the incident there were 151 people. On the same day were evacuated 142, next of mine got another employee. The fate of eight miners remains unknown.

Mine “Mir” develops the Mirny mining and processing plant – the oldest enterprise of “ALROSA”. Until 2001, the mine was developed in an open way. “The world” operates since 2009, the average content of diamonds of three carats per tonne. The capacity of the mine is 1 million tonnes of ore per year. The production volume last year to 3.19 million carats. It accounts for approximately 11% of the annual production of “ALROSA”.