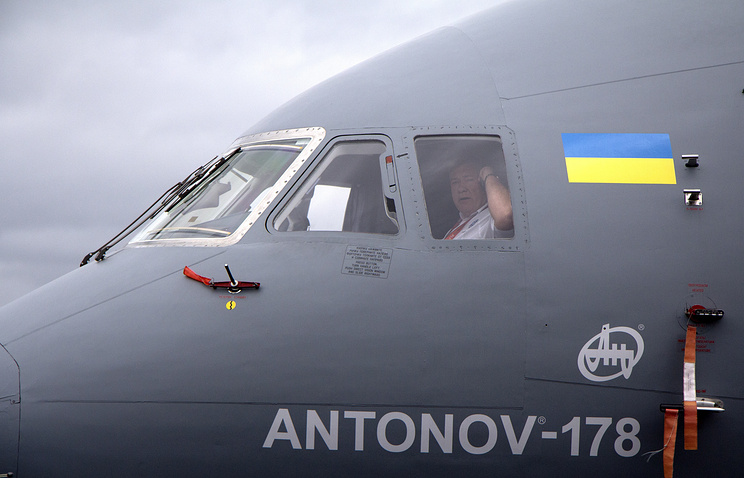 KIEV, August 13. /TASS/. Ukrainian state enterprise “Antonov”, which is now included in the state concern “Ukroboronprom” plans to produce at least 70 aircraft in the next five years. This was announced Sunday in a press-service of “Ukroboronprom”.

“To state enterprise “Antonov” was created a clear marketing plan based on experts, the forecasts of independent experts and leading companies. It takes into account the potential markets and the potential of each product line in these markets. He also relies on a whole array of current arrangements with partners”, – stated in the message.

“Antonov” intends to supply during this time, 20 aircraft An-178 customers from CIS countries, Asia and Africa as well as Turkey. The company also plans to return to a competitive market of regional passenger aircraft.

In January 2016, the Cabinet of Ministers of Ukraine adopted a decision to liquidate the concern “Antonov” due to the fact that previously, the company became part of state enterprise “Ukroboronprom”.

Till 2015 of the Russian Federation was one of the main partners of Ukraine in the aviation industry, the Ukrainian aircraft half consisted of Russian components. In 2015, Antonov produced only two aircraft an-148 and An-158, which were still used Russian components.

Due to rupture of cooperation ties with Russia in 2016, the company has not released any new aircraft. The concern “Antonov” has also been removed from the Russian-Ukrainian joint venture “UAC-Antonov”, which was engaged in development of several new aircraft.

“Antonov” is the leading Ukrainian developer and manufacturer of aircraft. The company is engaged in the design, development, manufacture and maintenance of transport, passenger aircraft and special purpose aircraft. Among them are An-32, An-148, An-158, An-74, An-124, an-70 and An-225 and future An-178. Antonov is known and what has previously released the world’s largest aircraft An-124 “Ruslan” and An-225 “Mriya”.

In March 2017 test pilots of the enterprise made its first flight on a transport plane An-132D, which was a deep modernization of the An-32. According to in Kiev, the An-132 – the first aircraft of “Antonov”, which was created without the use of Russian components.

Aviation experimental design Bureau under the direction of Oleg Antonov was established on 31 may 1946 at the Novosibirsk aviation plant. In 1952 it moved to Kiev, where he engaged in the creation of military transport and passenger aircraft of the “An”. Until recently, the group led the development of the new aircraft An-178. In the media earlier, there were also reports that he can deal with the issue of unmanned aerial vehicles ordered by the Armed forces of Ukraine.