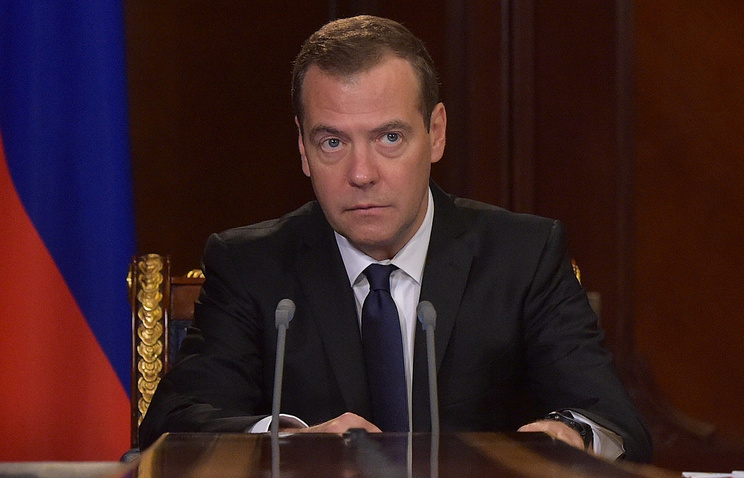 “The digital economy is not a project of the Ministry of communications, Ministry of economic development or some other Department, it is a space for collaboration of all authorities, business, science. To coordinate this interaction, inside the device, we will create a sub-Commission on the digital economy, which will solve the online tasks,” – said Medvedev.

The Prime Minister also reminded that the management program is a specialized Autonomous non-commercial organization. “To structure the work of [program management], we plan to create an Autonomous non-profit organization, which is ready to enter our major structures, such as rostec, Rosatom, Sberbank, Rostelecom, the Fund “SKOLKOVO”, Agency for strategic initiatives, the company “Yandex”, Mail.ru. The new organization will generate queries from the business, to monitor the programs of the digital economy, evaluating the effectiveness of its implementation will be an Advisory body of the management taking some strategic decisions and technical,” – said Medvedev.

The Prime Minister also urged to study foreign experience in the implementation of the digital economy and not to focus only on their own designs.

“We will need to monitor the implementation of the program of the digital economy in other countries, to cooperate with foreign companies where possible, create joint projects, to invite the talent of foreigners to work in Russia, to return our citizens who have gone abroad and there are on this topic. Developing the technology, we should not focus only on their approaches,” Medvedev said.

Medvedev recalled that in the framework of the program will be created five centers of excellence that will become a platform on which business, government and the scientific community will develop such areas as personnel, regulation, infrastructure, information security.
The Prime Minister also said that a serious rethinking will require a system of education and employment as the implementation of the program, “no change will occur if unprepared people.” So, according to Medvedev, it will be necessary to adjust the educational program to prepare those who are able to navigate in a world that is changing every day.

He recalled that the development of the digital economy on Monday was discussed in Astana at the meeting of the intergovernmental Council of the EurAsEC. “The desire to move in this direction to Express all of our partners in the Alliance. And given the fact that we are creating a common market, it is obvious that we can’t shy away from having to negotiate with them all the parameters of the infrastructure of the digital economy”, – said Medvedev.

The Prime Minister also added that “the whole world is doing, accepts the national plans, and we need to be catching up.”