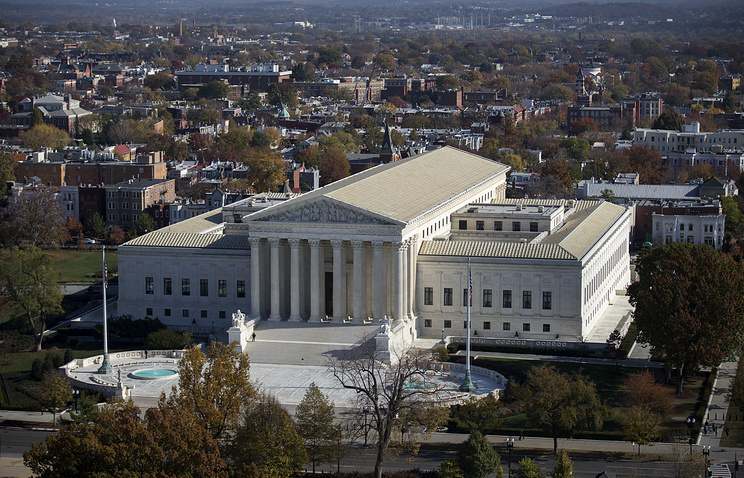 NEW YORK, August 15. /TASS/. Apple, Facebook, Google and others appealed to the US Supreme court with the request to take account of new realities to understand the issue of law enforcement access to data about the location of cell phones without a court order. This was announced on Tuesday, the network resource The Verge.

According to his information, such an application potentially has far-reaching implications given the recent approval of the Supreme court to consider the claim “the carpenter against the United States.” The basis of the Statute of the complaint lies the question of whether American law enforcement agencies without a court order to demand and receive information about the whereabouts of the cell phone owner if such information is from a third party (not the operator and not the owner of the phone).

Apple, Facebook, Google and Airbnb and Dropbox in the petition expressed the opinion that “the Supreme court needs to clarify the enforcement of certain doctrines of the fourth amendment [U.S. Constitution] (protects against unreasonable searches and seizures – approx. TASS) to ensure a realistic interaction between the representatives of the law with technological online companies and people who trust in the confidentiality of their digital information.”

These companies are convinced that a number of legal provisions and their interpretation “no longer relevant” in the modern world. Therefore, the courts in the U.S. should be “more flexible approach to the question of non-interference in people’s personal lives in a digital world.”

In June last year former new York mayor Michael Bloomberg has criticized Apple and other giants of Silicon valley is that they put themselves above the law, denying U.S. authorities access to personal data of users. The owner of the business news Agency Bloomberg in an example cited Apple’s decision not to disclose the Federal Bureau of investigation, the US method of breaking the security of the iPhone, which belonged to terrorists from California. Bloomberg then recommended opponents carefully read the fourth amendment to the U.S. Constitution which not only protects against unreasonable searches, but also “clearly authorizes the enforcement of orders if there are sufficient probable grounds”.