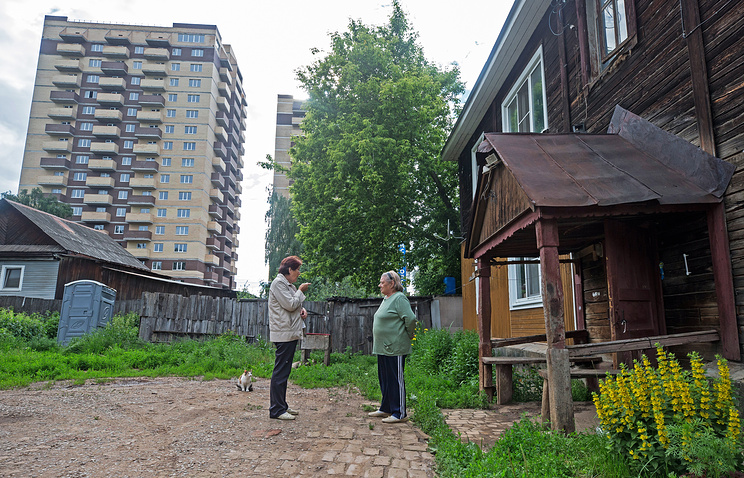 ASTRAKHAN, August 16. /TASS/. About 1 million citizens in Russia will be resettled from emergency housing until the end of August this year. However, still the same needs in new apartments, said on Wednesday in Astrakhan the Chairman of the Supervisory Board of Fund of assistance to reforming housing and communal services Sergei Stepashin.

“In late August, 1 million people will be relocated. This event we will have in the country. Today, according to our Foundation and the Ministry of construction, about the same still required to resettle 1 million so the program should certainly be very tense, people for resettlement many more”, – said Stepashin.

He noted that about 10-15 regions can disrupt the program of resettlement of citizens from failing housing stock established before January 1, 2012. Among them, Tuva, Karelia, Amur oblast, Jewish Autonomous oblast. According to him, problems with the execution of the program is also in Transbaikalia, in the Saratov and Arkhangelsk in Ivanovo regions.

“About 10-15 of regions we have today losers, unfortunately. But I think that by the end of the year the figure will decrease. The main reason is not that there are not enough funds – with funding almost no breakdowns. Somewhere not trigger the heads, somewhere cheating contractors. And, unfortunately, in the early 90-ies we destroyed the building complex, the building industry in our country, what happened in the Soviet Union. Where it is preserved and recreated, as, for example, in the Astrakhan region, where it operates”,- said Stepashin.

He also reported on the possible establishment in Russia of the Institute of housing development. “[The relocation] to collapse is impossible. The proposal is one, I may be, I will announce it here first, we offer on the basis of the Fund to establish an Institute for the development of housing that would deal and housing retrofit, and overhaul, and emergency housing together with the regions. I know that all heads of subjects of Russia our support”, – said Stepashin.

The target Federal program under which local authorities in Russia had to ensure the relocation of citizens from houses, recognised emergency and dilapidated until 2012, completed in 2017. In may 2017, Russian President Vladimir Putin instructed the government to develop a permanent mechanism for the resettlement of dilapidated housing and run it from 1 January 2019.

In the Astrakhan region Stepashin took part in the ceremony of handing over keys from new apartments to the citizens who previously lived in an emergency shelter.