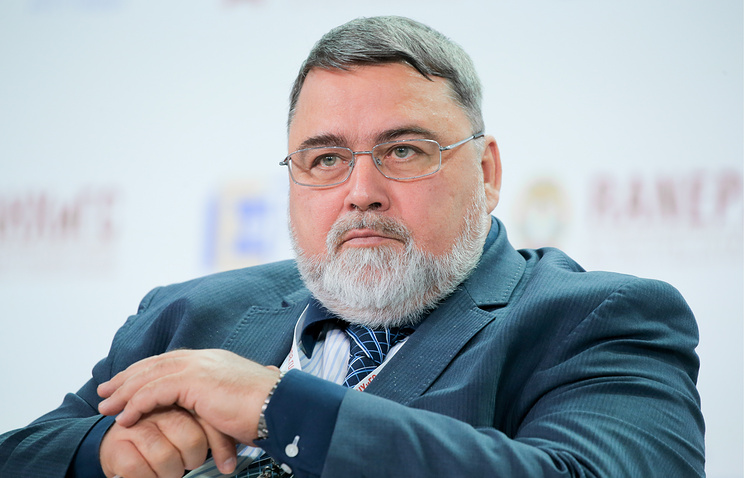 MOSCOW, August 16. /TASS/. For the transaction for the purchase of shares of Schlumberger in the Russian OFS Eurasia Drilling need a guarantee from the government of the United States, because sanctions are preventing the deal. This opinion was expressed to journalists the head of Federal Antimonopoly service (FAS) of Russia Igor Artemyev.

“I’m not saying that it is a mandatory requirement. If the petition is filed, the Commission will consider. But I will say it again: how to remove the risk? Give me the magic lamp of Aladdin, well, let the Commission at least one defense so I could explain how the reporter that if tomorrow the United States government to impose sanctions, why Schlumberger, which will be purchased by our largest strategic asset for drilling, will not close these mines, it will not seal, will not stop the process,” he reasoned.

“Give me a guarantee: either the lamp of Aladdin or the permission of the U.S. government,” said Artemyev, when answering the question whether the transaction special permission from the U.S. Treasury.

According to the head of the FAS, Schlumberger is a great company, proven in the Russian market, with great technology, but the policy of U.S. sanctions is stopping by American and European companies. “It is nonsense, but let’s wait when the situation will improve, after all the risks has not been canceled”, – concluded Artemyev.

He is also skeptical about the possibility of a transaction.

“Something new (transaction – approx. TASS), I don’t know, but I think a big problem with this deal. It is clear what is happening. Since that times nothing has changed, the Ministry has taken a tough stance, then all relations in the world is a whole lot different and not very good for this deal. This is my personal opinion, I just don’t think since then something has changed for the better,” Artemyev expressed his opinion about the prospect of the deal.

Eurasia Drilling is the largest drilling company in Russia. At present, purchase its shares of Schlumberger are interested in the Netherlands, which claims the 51% stake, and the consortium of the Russian direct investment Fund (RDIF), the Russia-China investment Fund (RCIF) and foundations of the Middle East.

At the end of July, the FAS announced that he had received the petition Schlumberger about buying 51% of Eurasia Drilling. This is the second attempt by Schlumberger to enter into the capital of Russian companies in early 2015, the company was ready to acquire a 45.65% stake in Eurasia Drilling for $1.7 billion Agreement between the companies also provided option to purchase the remaining shares within five years from the date of the closing of the transaction. However, the implementation of the deal stalled, the Russian authorities, who are under sanctions, objected to the arrival of foreigners in the capital of Russian oilfield services company.