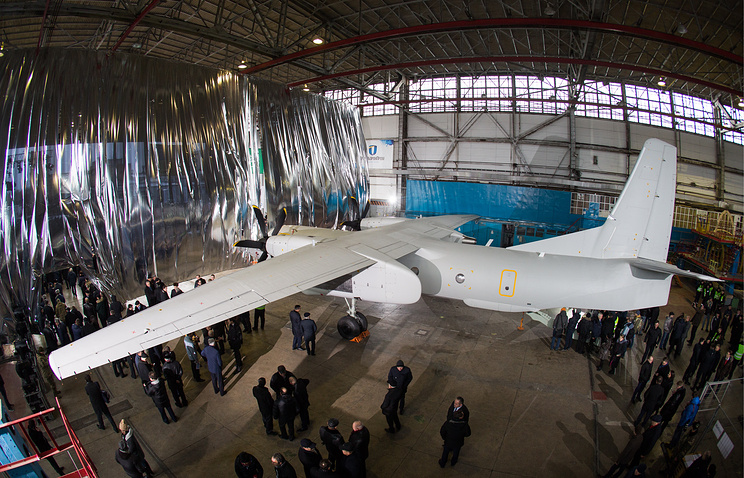 KYIV, August 15. /TASS/. The head of the Ukrainian state enterprise “Antonov” Alexander Kotsyuba decided to resign from his post and return to the business. On Tuesday reported the press service of the state concern “Ukroboronprom”, which includes “Antonov”.

“Alexander Kotsyuba actively developed the company, worked on the reform of its units in accordance with international standards and proved to be a successful Manager. Now Alexander Kotsyuba decided to change the scope of work and to return to private business”, – is told in the message.

At the end of July it became known that within two months, the group will be eliminated. This decision was taken in January 2016. As explained by the press service of the Ministry of economic development and trade, to eradicate the “in connection with absence of participants”, since all three companies, which actually formed the group, last year released from its composition and was included in the concern “Ukroboronprom”. Thus, the government decided to legally bring the situation into conformity with the real situation.

State enterprise “Antonov” – Ukrainian aircraft company, part of the structure of the state concern “Ukroboronprom”. Bureau under the direction of Oleg Antonov was established on 31 may 1946 at the Novosibirsk aviation plant. In 1952 it moved to Kiev, where he engaged in the creation of military transport and passenger aircraft of the “An”. Until recently, the group led the development of the new aircraft An-178. In the media earlier, there were also reports that he can deal with the issue of unmanned aerial vehicles ordered by the Armed forces of Ukraine.

Till 2015 of the Russian Federation was one of the main partners of Ukraine in the aviation industry, the Ukrainian aircraft half consisted of Russian components. In 2015, Antonov produced only two aircraft an-148 and an-158, which were still used Russian components. Due to rupture of cooperation ties with Russia in 2016, the company has not released any new aircraft. The concern “Antonov” has also been removed from the Russian – Ukrainian joint venture “UAC-Antonov”, which was engaged in development of several new aircraft.

“Antonov” is the leading Ukrainian developer and manufacturer of aircraft. The company is engaged in the design, development, manufacture and maintenance of transport, passenger aircraft and special purpose aircraft. Among them are An-32, An-148, An-158, An-74, An-124, an-70 and An-225 and future An-178. Antonov is known and what has previously released the world’s largest aircraft An-124 “Ruslan” and An-225 “Mriya”.