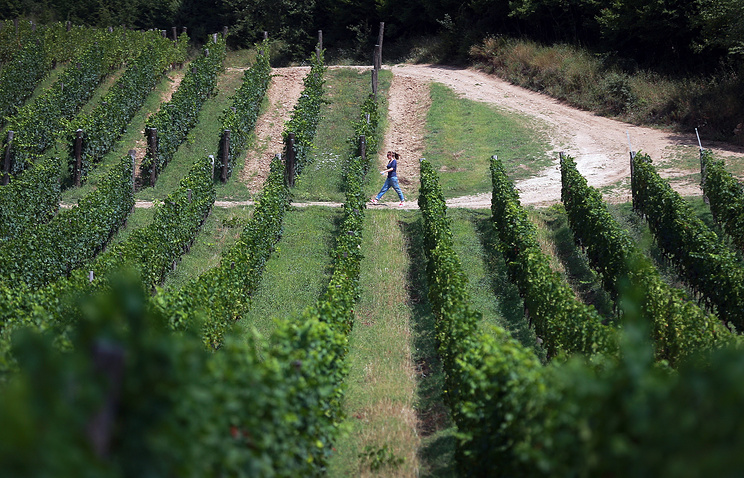 SIMFEROPOL, August 18. /TASS/. The authorities of the Republic of Crimea plan for five years to increase the area of vineyards from the current 13 to 50 thousand hectares. On Friday, told journalists the Minister of agriculture of the region Andrey Ryumshin.

Ryumshin noted that in previous years, the region has planted an average of 500 hectares of vineyards every year. “We performed indicator – up to 500 hectares (vineyards) in the year, but the challenge is to plant from five to 10 thousand hectares (per year). There are space required, there are investors willing to do it, but we have a problem with seedlings”, – said the Minister.

He believes that to solve the problem with the seedlings will allow the establishment of private nurseries for cultivation. “We are in the next year or two we plan to establish their own nurseries (cultivation of grapes),” said Rumson.

In Soviet times Crimea was more than 100 thousand hectares of vineyards. For the “Ukrainian period” Peninsula lost two-thirds of its own vineyards. Such losses, the Ministry of agriculture of the Republic withdraws to “unstable financial support for the industry.”

According to the agriculture Ministry, in the Crimea, the gross harvest of grapes in 2017 is expected to reach 2016 56,3 thousand tons with an average yield of 35.4 C/ha.