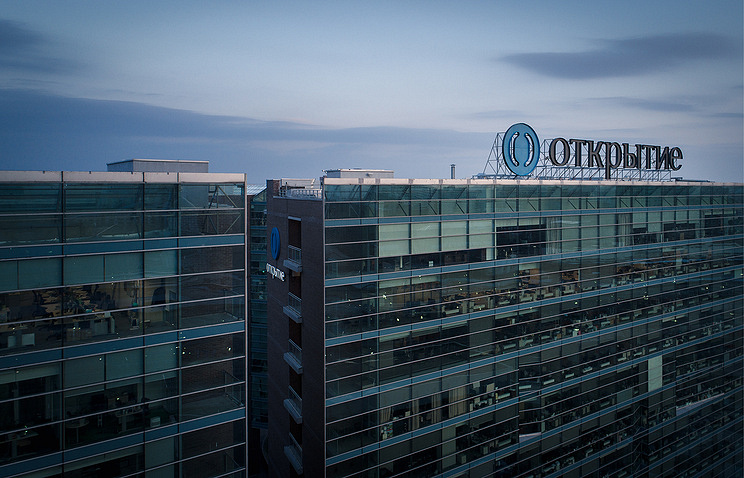 MOSCOW, August 18. /TASS/. OOO “Opening-inform” (owned by “Discovery Holding”, according to SPARK) and the Bank “FC Opening” has submitted to Federal Antimonopoly service (FAS) the petition for acquisition of rights allowing to determine conditions of entrepreneurial activities of the insurance company “Rosgosstrakh”. It follows from the data of the FAS.

The information about the negotiations for the unification of the group “Rosgosstrakh” holding “Discovery” appeared at the end of 2016, still on the transaction side officially announced. Earlier, the “Opening” invested in “Rosgosstrakh” 30 billion rubles.

Control in “Rosgosstrakh” it is planned to obtain in the acquisition of the company “Opening” inform 100% of the share capital three, LLC – “CSG holding” (the main shareholder of “Rosgosstrakh, 31,7%), “the CSG assets” (which owns 3.3 percent of “Rosgosstrakh”) and “RGS real estate”, follows from the data of the FAS. The petition was received on 15 August, to consider it, the FAS may, within 30 days.

The Bank “Opening” already controls 19.8 per cent of “Rosgosstrakh”, and 15.4% the Bank pledged under repo transactions. Thus, in case of termination stated in the FAS transaction structure “Open” will control a minimum of 54.8% of Rosgosstrakh. In addition, as previously reported by TASS, the shares of “Rosgosstrakh” have non-state pension Fund (NPF) “LUKOIL-the guarantor” included in the group “Discovery” (according to the calculations TASS, about 9% of the shares).

As previously reported, the result of the merger, which will take 2017-2018 year, should be the creation of Russia’s largest private financial group with assets of more than 4 trillion and a customer base of 50 million people. On 20 June, the FAS approved the purchase of “Discovery holding” 76% of shares of “Rosgosstrakh Bank” (member of group “Rosgosstrakh”). About the fact whether the place of sale, were not reported.

“Rosgosstrakh” – one of the largest insurers of the Russian Federation, until July 2017 – market leader in CTP. This business became the main reason of the loss of the insurer, who in 2016 has increased 6.6 times and amounted to 33.3 billion rubles (IFRS). In Bank “Opening” for the second month outflow of funds in July, the outflow of funds of natural persons amounted to 36 billion rubles, legal entities – RUB 319 billion Outflow was of routine nature and were provided in advance created excess liquidity cushion, previously reported by TASS in the Bank.