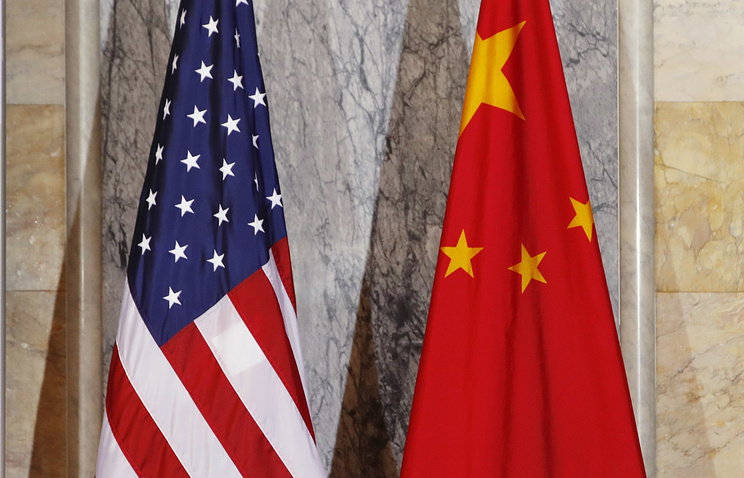 WASHINGTON, August 18. /TASS/. The United States representative for trade negotiations Robert Leitheiser on Friday announced the beginning of the investigation into the alleged violation by China of intellectual property rights of U.S. companies. This is stated in the message released by the apparatus of the U.S. trade representative.

“Today, U.S. representative for trade negotiations Robert Leitheiser officially initiated an investigation against China under section 301 of the trade Act of 1974. This investigation will aim to determine whether the actions, policies and practices of the government of China relating to the transfer of technology, intellectual property and innovation, unreasonable, discriminatory burden or restrict U.S. trade,” the statement reads.

Section 301 gives the President of the United States the right to take all appropriate measures to combat the policies or actions of another state, which cause damage to American trade or are inconsistent with international agreements.

Earlier, the President of the United States Donald trump instructed Leithauser to decide whether or not to initiate an investigation into alleged violations by China of intellectual property rights of U.S. companies. This was stated in a special Memorandum signed August 14 by the President. “In consultation with stakeholders and government agencies, I came to the conclusion that there are vital questions that deserve thorough investigation,” said Leithauser, whose words are cited on Friday members of his unit. As previously explained in the White house, the investigation may result in the imposition of certain restrictions against China, discussion of possible compensation in the United States or the elimination of any trading or barrier practice.

On Wednesday, the American Prospect magazine has published an interview with the now former chief political strategist of the administration trump Stephen Bannon. He clearly stated that the US has with China is the economic war that Washington loses. On Friday it became known that’bannon resigned from his post.

As announced on August 1 the newspaper the New York Times, the administration of the tramp produced a number of trade measures against China for its violation of intellectual property rights and limit the activities of American companies on its territory. According to the publication, the President departs from the original course to strengthen cooperation with Beijing because of dissatisfaction with the passivity of the PRC nuclear program of the DPRK.