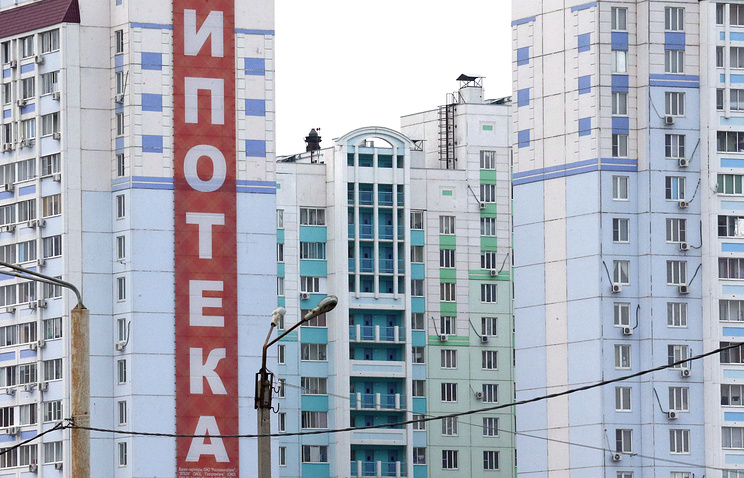 Dmitry Medvedev in July, has disposed to allocate from reserve Fund of the government of 2 billion rubles to the mortgage holders who find themselves in a difficult financial situation. On 11 August the order was issued in the form of decree that explains who and how to be able to restructure their loans. The assistance program will operate from August 22, 2017.

?
Who can count on help?

Become participants in the program are families with minor children and children up to 24 years who are studying in colleges or universities in person. The state can help people with disabilities, parents of children with disabilities and combat veterans.

All applicants to the state must simultaneously meet a number of criteria. In particular, aid can provide, but only if the mortgage payment is increased to not less than 30% of the amount the person gave to the Bank, have just concluded a credit agreement.

The total income per family member after the payment of interest on the mortgage of the applicants for the assistance must be less than twice the subsistence minimum.

No. Count for restructuring are only those for whom a house mortgage is the only. Moreover, the size of the apartment also matters. The total area of the Studio apartment shall not exceed 45 square metres, one-bedroom — 65 sq meters, two bedroom — 85 sq.meters.

The loan agreement must be concluded at least a year before filing for restructuring.

?
How can I become a member?

The borrower must contact your Bank with the application for participation in the assistance program and to provide the documents confirming that it meets all of the requirements prescribed in the decree of the government, told TASS managing Director of the Agency for housing mortgage lending (AHML) Alex Nides.

?
On what specific assistance may be received by the borrower?

The main thing is that the loan balance of the borrower will be reduced by 30%, but not more than 1.5 million rubles. It is the Bank’s loss, which he compensates the seller for the account of available state funds. In AHML credit organization will go after the restructuring of the mortgage.

The remaining amount will be restructured. While foreign currency loans are converted into rubles at the rate not higher rate and the interest rate thereon after the transfer in rubles should not exceed 11.5% per annum. On loans that were originally issued in rubles, the rate can not be higher than the current one.

The borrower will be freed from having to pay the penalty (fines), if it is not paid or not collected by the court.

The program is free for the borrower, there are no fees for the restructuring no.

?
Can be increased the amount limit of compensation?

Yes, this amount may be increased, but not more than two times, that is the maximum amount to 3 million rubles, said Alex Nides. The decision to increase the amount will receive a special interdepartmental Commission. Also, the Commission will consider the issue of citizens ‘ support, is not formally relevant to the individual conditions of the program, but in dire need of help.

The status, procedure and the composition of the interdepartmental Commission will determine the Russian Ministry of construction to September 1, 2017. It is expected that it will include representatives of Federal Executive authorities, deputies and the Commissioner for human rights.

?
Does the value of the currency of the loan?

For participation in the program will be able to claim mortgage borrowers who took loans in rubles and in foreign currency, said Alexey Nitens.

?
As was implemented last program of assistance to mortgage holders?

The previous programme of assistance to mortgage borrowers who find themselves in difficult situations, was launched in April 2015 and ended on 31 may 2017. On debt restructuring of food has been allocated 4.5 billion rubles.

Just in 2015 under the state program of support received about 19 thousand Russian families.

The previous programme of assistance to borrowers fulfilled their task, according to the seller. The market situation has normalized, but there are still some citizens who remain in dire need of support. For them and developed a new program.