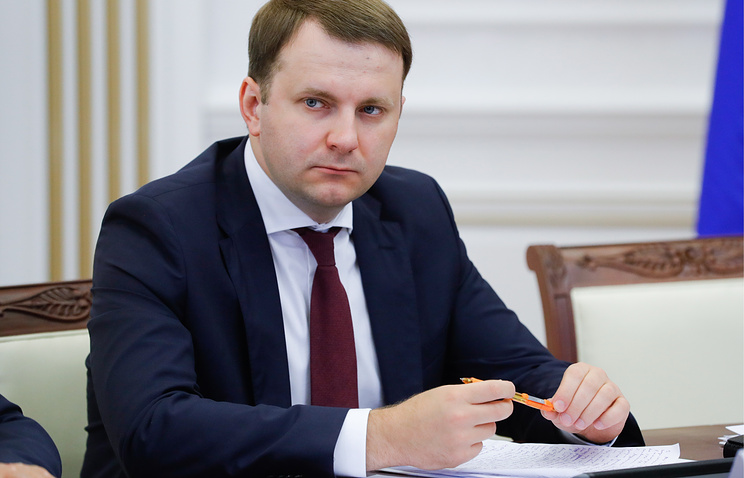 According to the latest statistics, in annual terms inflation on 14 August was 3.8%.

In the period from 8 to 14 August, the third straight week, recorded a deflation of 0.1%. Since the beginning of the year growth of consumer prices was 2.2%. For comparison, in August 2016, the inflation happened at ground level, and from the beginning of 2016 amounted to 3.9%.

The Ministry retains the forecast for GDP growth Russia in the current year at 2%, despite the fact that the assessment of Rosstat, GDP in the first half was below the expectations of the Ministry.

“Our assessment here is absolutely not changed (the GDP growth forecast for the year by 2% – approx. TASS), GDP is a measure that is not so easy to count,” said Oreshkin. He added that “positive trends continue and our estimates [for the year]does not change”.

Russia’s GDP in the II quarter of 2017 increased by 2.5% compared to the same period in 2016. Thus, the data of Rosstat was below the estimates of the Ministry, according to which Russia’s GDP growth in the second quarter amounted to 2.7%.

Earlier, the head of the Ministry Maxim Oreshkin said that the growth of the Russian economy will grow every quarter, and in the fall of 2017 in annual terms may exceed 2%.