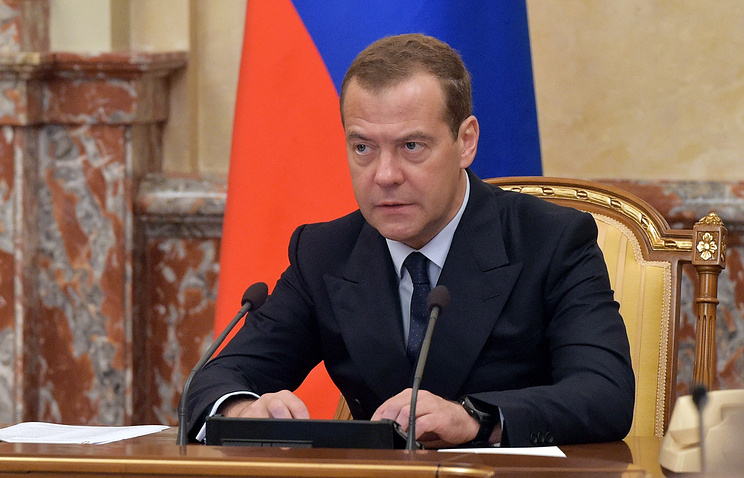 MOSCOW, August 22. /TASS/. Prime Minister Dmitry Medvedev instructed to analyze the possibility of reducing mortgage rates. According to the official website of the Cabinet, the instruction he gave following the meeting on housing construction development, which took place on 11 August in Penza.

“The Ministry of construction of Russia, the Finance Ministry, jointly with the Bank of Russia and JSC “AHML” to analyze the possibility for further reduction of interest rates under mortgage loans and until October 4, 2017, to submit to the government proposals for the development of the mortgage market and mortgage-backed securities”, – stated in the instructions.

Also following the meeting, the practicability of the early adoption of bills on introduction of e-mortgage standards and of disclosure of the full cost of credit to borrowers on the first page of the loan agreement.

The Ministry of construction of Russia and AHML also requested to submit before 15 September to the Cabinet proposals for the architectural competition for the best projects of standard housing and residential development. Also departments will consider the desirability of changing standards of design, construction of houses and development of urban areas taking into account modern approaches to comfortable urban environment.

The Prime Minister instructed to submit, by 15 September, the Cabinet agreed proposals for improvement of legislation on issues of improvement, providing a clear separation of powers in this sphere between the Russian Federation, regions and local authorities.

When forming the Federal budget for 2018 and the planning period of 2019 and 2020 will need to provide subsidies to the subjects of the Russian Federation on measures for creation of comfortable urban environment in the size not below the level of 2017, as well as to study the issue of additional allocation of funds to support improvement of recreation areas in small towns and for training representatives of regions and municipalities for the professional and efficient implementation. The Ministry of construction of Russia has been instructed jointly with AHML to provide, by 15 September, the Cabinet of Ministers the proposals on expediency of development and approval of standards of the comprehensive development of territories and quality of the urban environment.