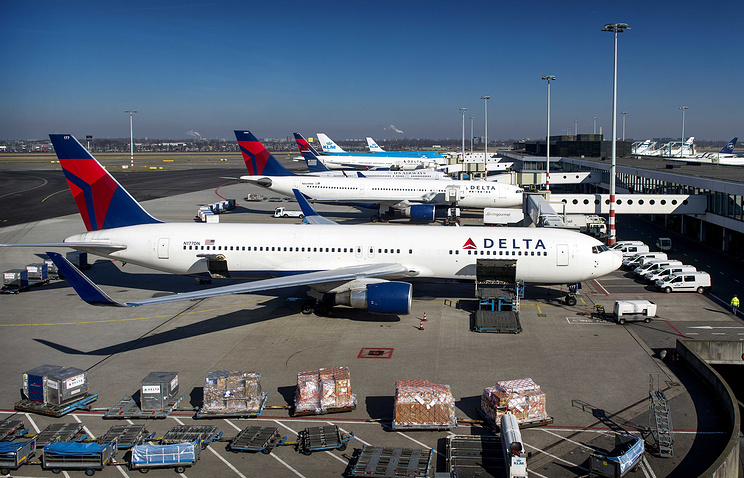 MOSCOW, August 24. /Offset. TASS Maria Amirdzhanyan/. American airline Delta Airlines will stop flying between the US and Russia in early September. About TASS reported in Moscow’s Sheremetyevo airport, and confirmed the General representative of the airline. It is planned that the airline will resume flights in may 2018.

“Delta Airlines plans to perform the final flight for the season to/from Sheremetyevo September 5, – told TASS Director of public relations Sheremetyevo Anna zaharenkova. – Information about the resumption of flights in the season “Summer 2018″ will be known by October 5, 2017”.

As reported TASS the representative of the General Director Leonid Tarasov, Delta Airlines, the company plans to return to the Russian market in may next year. “We remain in the seasonal regulations, we are working on the Russian market only in the summer season. Therefore, we suspend in the winter and spring renewable, he says. – The schedule of the airport we are already in may next year.”

Now flights between the US and Russia only carries out “Aeroflot” and Delta Airlines. Aeroflot flies from Moscow to new York, Los Angeles, Miami, Washington. Delta Airlines – only in new York. As can be seen from the schedule Sheremetyev on this route Delta Airlines flies five times a week. The flights are operated by Boeing-767-300-ER.

In 2015, the Russian market has left a number of European carriers, which are still not fully restored flights. So, direct flights with Moscow shut down the German Air Berlin and Eurowings, as well as the British low-cost airline Easyjet , have significantly reduced route network of the German Lufthansa, Thai Thai Airways International, the Finnish Finnair.