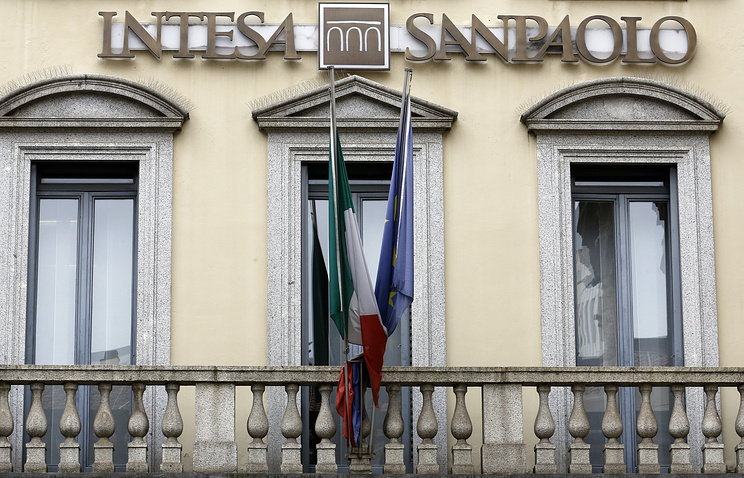 TASS, 25 Aug. /TASS/. Italian Bank Intesa because of the American sanctions is not yet possible to syndicate a loan of €5.2 billion, issued by a consortium of Glencore and sovereign wealth Fund Qatar Investment Autority (QIA) for the purchase of 19.5% of “Rosneft”, reports Reuters with reference to sources.

“The syndication is impeded because of new U.S. sanctions against Russia. The new measures are quite large, they will impact on all such transactions with participation of Russian state companies”, – said the employee of a major Bank in London, invited to the syndicate.

Only Intesa invited in may, 15 banks to participate in the syndication of the loan. This process usually takes four to six weeks, in some cases, it may take a couple of weeks longer, the Agency said.

Banks, including credit institutions from USA and France, still assess the transaction for compliance with sanctions, sources say. In addition, difficulties caused diplomatic scandal around Qatar, which was under sanctions from a number of Arab States.

In March, the government of Italy in the final order approved the provision of banking group Intesa SanPaolo loan in the amount of €5.2 billion ($5.6 billion) to a consortium composed of trading companies Glencore and Qatar’s sovereign Fund QIA to purchase shares of “Rosneft”.