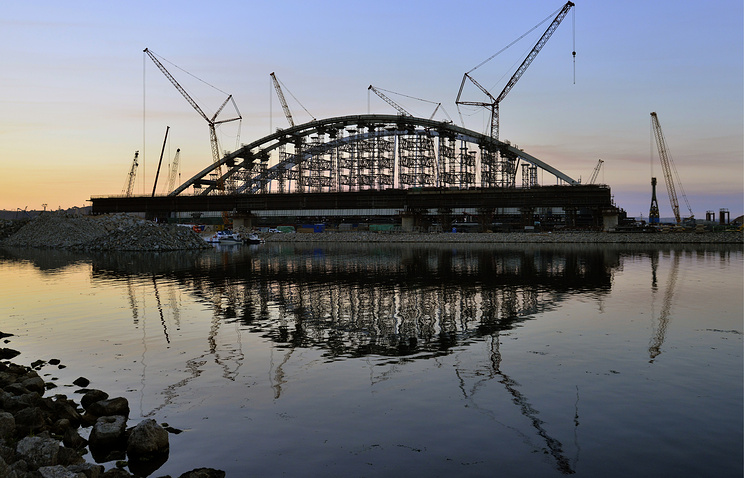 SIMFEROPOL, August 26. /TASS/. Construction of Crimean bridge, which will connect the Peninsula with the mainland Russia, with the commencement of works funded at 144 billion rubles from 228 billion planned state contract funds. This was reported on Saturday the press service of the information center “Crimean bridge”.

“Since the signing of the state contract in February 2015, the construction financed by more than 144 billion rubles (more than 60% of the contract amount)”, – stated in the message.

The Crimean bridge is being built at the expense of the Federal budget under the Federal target program “Socially-economic development of the Republic of Crimea and city of Sevastopol until 2020” without Fund-raising. Its length is 19 km, Construction and installation works at the facility began in February of 2016. The beginning of the movement of vehicles on the bridge is scheduled for December 2018-trains – in December 2019.