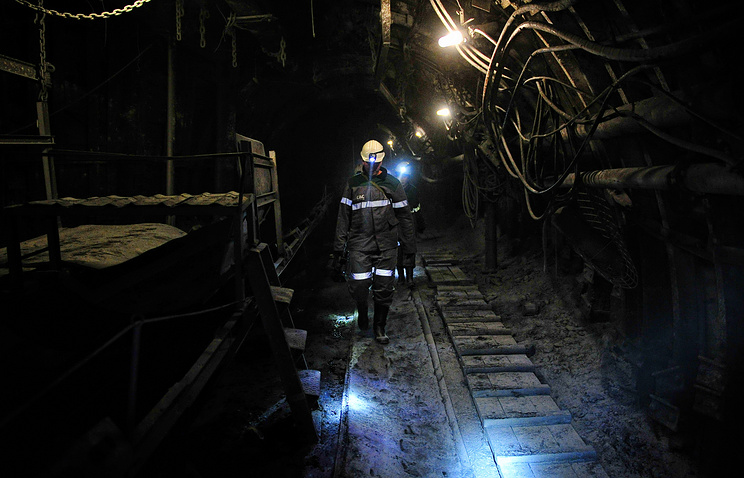 TASS, August 27. The number of potentially dangerous coal mines in Russia may be reduced from 20 to four after the implementation of a package of measures, announced in an interview with TASS Deputy energy Minister Anatoly Yanovsky.

He recalled that last year the Commission was created from representatives of the Federal authorities, mining companies and research organisations, which assessed the activities of all mines. In particular, of the 58 existing coal mines on the basis of estimates of the relevant companies and experts formulated a list of 20 mines that have high risk of accidents.

“In accordance with the recommendations of the Commission, companies submitted their proposals for improving the security. The result was generated events for each mine for a period of five years. We hope that the RTN organizes effective monitoring of these activities. If all planned measures are fulfilled, the threat will remain number four mine – the rest will have a medium level of risk of accidents,” – said the Deputy Minister.

He stressed that one of the Commission could not fundamentally change the situation with industrial safety in the industry. “We also need systemic measures are taken to improve the situation and the government and coal companies,” said Janowski.

“In particular, the government of the Russian Federation introduced a mandatory degassing, which did not exist that had a significant positive impact on security. Coal companies annually invest about 10 billion rubles a solution to security problems. As a result, the situation is improving. But I can’t say that has made everything possible – still have questions that require research and based on them improve the regulatory framework,” – said the Deputy Minister.

He also said that this year is expected to fairly high growth of investment in coal companies. “If in 2016, their investment amounted to 73 billion rubles, this year we expect 110 billion While improving the safety of mining coal companies plan to invest 54.5 billion rubles from 2016 to 2020, that is by 26.5% more than in the last five years,” said Janowski.