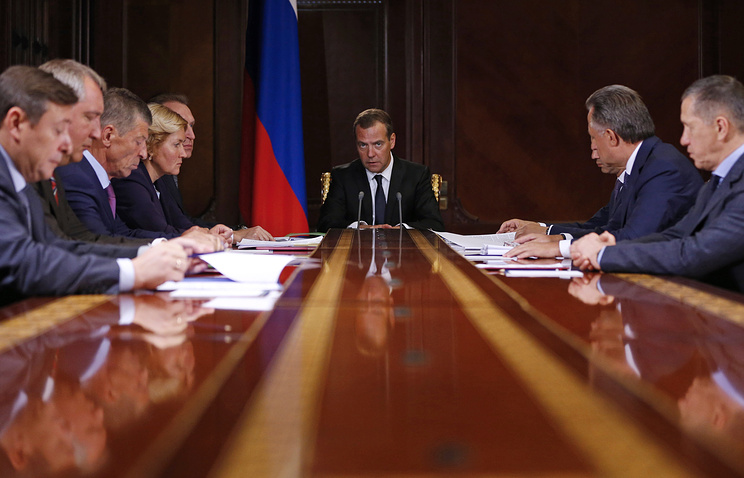 GORKI, August 28. /TASS/. Prime Minister Dmitry Medvedev approved the Federal scientific-technical program of agricultural development till 2025, which envisages the reduction of import dependence in agriculture and restoring the domestic base of livestock breeding and seed production.

“25 August, I approved the Federal scientific-technical program of development of agriculture for the years 2017-2025. During execution of this program is to be achieved further reduction of import dependence in the agro-industrial complex, and most importantly, maybe we are talking about the restoration of the base of livestock breeding”, – said Medvedev.

According to him, this is not even the restoration of the base of livestock breeding, and create it again. “In the Soviet period, there still advances in this field have been quite modest, and even now many past achievements are lost. You need to engage in the production of new domestic varieties of plants, creating your own high quality feed, medicines for animals, fertilizers,” – said the head of government.

According to Deputy Prime Minister Arkady Dvorkovich, in the framework the government approved a document already developed by the two routines. “We are talking about the seed potato and the egg of a bird. The implementation of these routines will start immediately after the approval of this program,” – said Dvorkovich.

He noted that for eight years the share of domestic seed and breeding material will reach at least 50%.

“We must monitor these indicators. To the subject of breeding material are adjacent and some of the issues related to fisheries. I would like to draw attention to this issue”, – said Medvedev.

He also instructed to consider the feasibility of privatization of the enterprises which are engaged in fish farming.

“We quite often go back to the problem, privatization of enterprises that are engaged in breeding livestock. They are periodically included in the privatization plan, and then we return them, because we need government control. We have to see what the fish is happening there,” – said the head of the Cabinet.