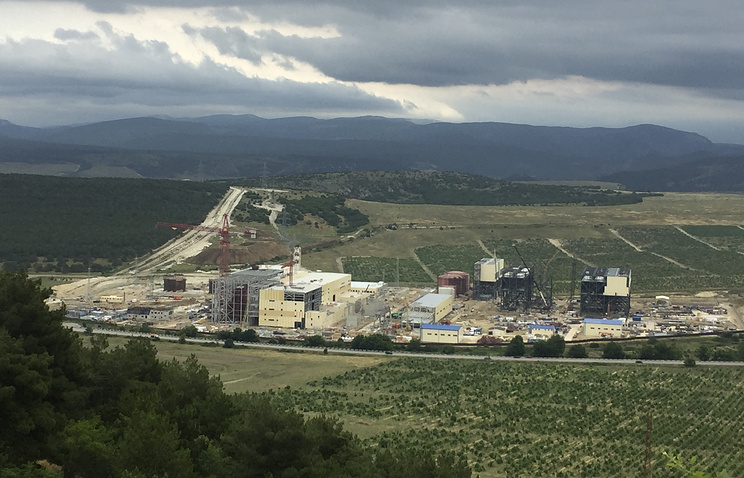 MOSCOW, August 31. /TASS/. The commissioning of the Simferopol and Sevastopol thermal power plant with total electrical capacity of not less than 900 MW, which are built in the Crimea, will take place on 18 June 2018. The relevant date specified in the government decree published on the official Internet portal of legal information.

“The commissioning of Sevastopol and Simferopol thermal power plant (total electric capacity of not less than 900 MW) – June 18, 2018”, – the document says.

According to the decree, the first of the two TES – the first steam units with a capacity of up to 235 MW will be commissioned may 19, 2018. Commissioning of the second phase of Sevastopol and Simferopol TPP will be held June 18.

Earlier the first place was planned to be operational by September 1, 2017, the second in March 2018. However, later the head of the energy Ministry of Russia Alexander Novak said that the launch of the first unit of TPP will be held in the first quarter of 2018.

The construction of two thermal power plants in Crimea – in Simferopol and Sevastopol – is “Technopromexport”, the structure of the state Corporation “rostec”. Their total capacity of 940 MW.

For the Crimean TPP was planned to put the turbines, made by Siemens, but at the end of 2016 the company blocked shipments due to sanctions. Negotiations on the supply of turbines was conducted with Iran, but to negotiate and failed.

In July of this year, rostec has announced that it has purchased four sets of gas turbines for the Crimean TPP on the secondary market. Later, however, Siemens said that all delivered in the Crimea setup was producing it and was on the Peninsula, contrary to the agreements. Siemens is currently in court trying to secure the return of the turbines.

However, the Minister of industry and trade of Russia Denis Manturov in an interview with TASS said that the Russian side has provided the maximum legal correctness in the use of Siemens technology in the production of turbines for thermal power plants in the Crimea, and the turbines have a Russian certificate.