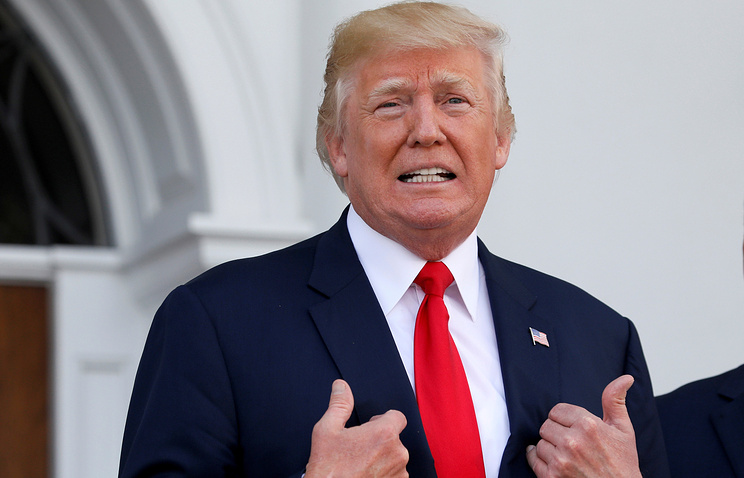 NEW YORK, August 31. /TASS/. The administration of the President of the United States Donald trump is ready to block attempts by Rosneft to gain control over the U.S. assets of state oil company PDVSA. We are talking about U.S. oil refinery operator, Citgo, according to the newspaper The Wall Street Journal.

Citgo Petroleum – U.S. subsidiary of PDVSA, which operates refineries (refinery), pipelines and terminals in the United States. In November 2016, “Rosneft” has received a pledge of 49.9% of the shares of Citgo as security on the loan to $1.5 billion If PDVSA defaults on obligations, “Rosneft” can gain control over Citgo, which owns three U.S. refineries, nine of the 48 pipelines and terminals for storage of petroleum products and a network of filling stations.

“If Rosneft accumulates a majority share (at Citgo – approx. TASS), this may entail legal consequences for the status of Citgo – said the publication source in the administration of the trump. – Moreover, such a move will mean a change in the structure of ownership of Citgo foreign capital. We will treat it accordingly.”

Another source assured that the U.S. Treasury “will ensure the protection of national security, if it comes to that”. He stressed that the Committee on foreign investment in the United States (considering the key international transactions from the point of view of national security interests) has broad authority in this area, which allows, in particular block the number of financial transactions that threaten the interests of Washington.

According to The Wall Street Journal, Citgo accounted for approximately 5% of refining capacity in the United States. This company owns including the three largest processing plants located in the States of Texas and Louisiana, as well as in Lemont (Illinois). Citgo 48 controls the storage of crude oil and refined products in the territory from Texas to Maine and is ranked among the owners of nine American pipelines.

In the U.S. Congress have long expressed concern that the control of this operator will get “Rosneft”. Earlier a White house spokesman said that the U.S. is monitoring the situation.

The Wall Street Journal also asked for comments at the Russian Embassy in Washington, Rosneft, PDVSA and Citgo, but has not yet received a response.

The head of “Rosneft” Igor Sechin declared that the company does not intend to gain control of Citgo. He stressed that “to operate Citgo we didn’t and don’t want to.”