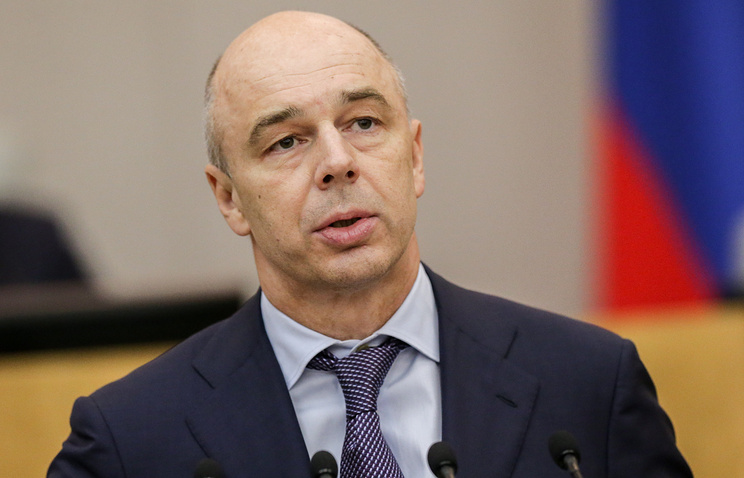 MOSCOW, September 1. /TASS/. The budget deficit in 2017 will be about 2% of GDP or slightly more. This was stated by Russian Finance Minister Anton Siluanov.

“We have this year will still be a budget review in the autumn. We have certain tasks which will resolve and which will require additional costs. Therefore, the budget deficit this year will be about two percent of GDP, maybe a little more,” he said.

Siluanov noted that the expenditure budget for 2018 account for the funds for the indexation of pensions and other social payments in the next year by expected inflation of 4%. According to the head of the Ministry of Finance, in preparing the Federal budget for 2018 was provided a reserve of 300 billion rubles to Finance the additional costs of the departments.

As the Minister said today, the Finance Ministry expects the Reserve Fund in 2017 will exceed 600 billion rubles. “As we said, the use of our reserves will be postponed until the last one when we really need resources. While funds are sufficient, while we build up our reserves, this year we plan to accumulate more than 600 billion rubles of reserves. Our predictions – 623 billion rubles was now specified, but nevertheless, forecasts for the accumulation of reserves remain”, – said Siluanov.

According to him, it will be the source for financing the budget deficit in 2018. Starting in 2019, the Finance Ministry plans to abandon the use of the Reserve Fund, the Minister added.