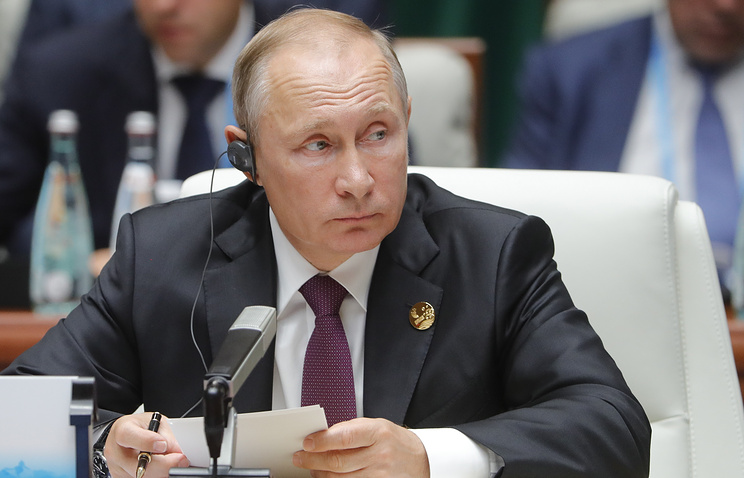 XIAMEN, September 4. /TASS/. Russian President Vladimir Putin on Monday called for renewed work on getting the international credit rating of the New development Bank (NDB) of the BRICS, and also to enter the lending in national currencies. The speech about it went at a meeting of the BRICS summit in an expanded format.

“Among the immediate tasks of the Bank – obtain international credit rating”, – said Putin. “It will allow it to issue securities on the markets of the States of “five”, – he explained.

“In addition, we need to move on lending in national currencies of the BRICS”, – believes the President of the Russian Federation. “Should expedite and coordination of the agreements on the establishment of the bond Fund, the BRICS and the integration of capital markets States, “five,” he said.

Putin said BRICS colleagues that NBR has prepared a number of large investment projects. “Soon, the three of them will be implemented on the territory of Russia”, – he said. “We are talking about improving the judicial system, the construction of the road under the Ufa, as well as improvements to water facilities in the cities of the Volga river basin” – said the President.

The Russian President also called an important decision this year the decision on creation in NBR Fund for technical assistance for project preparation.