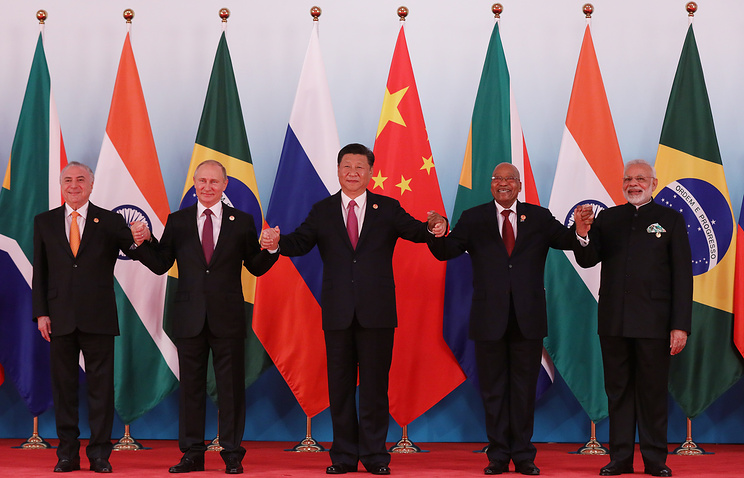 Before the meeting, the heads of state and government came to the official ceremony of photographing. Place in the center took the host of the summit, Chinese President XI Jinping, on his right hand – the President of Russia Vladimir Putin and President of Brazil Michel Temer, left, South African President Jacob Zuma and the Prime Minister of India Narendra modi. At the request of photographers, the leaders joined hands.

Allowing photographers to take pictures, the leaders went into the conference room and began negotiations. They are closed to the press.

Press Secretary of the President Dmitry Peskov in an interview with reporters said that the session will be interesting. “The main topics will be the situation in the world economy and global economic governance, international and regional conflicts, national security and development,” he said.

Later, the leaders will continue the discussion in the extended format, during which will raise the issues of further development of the BRICS.