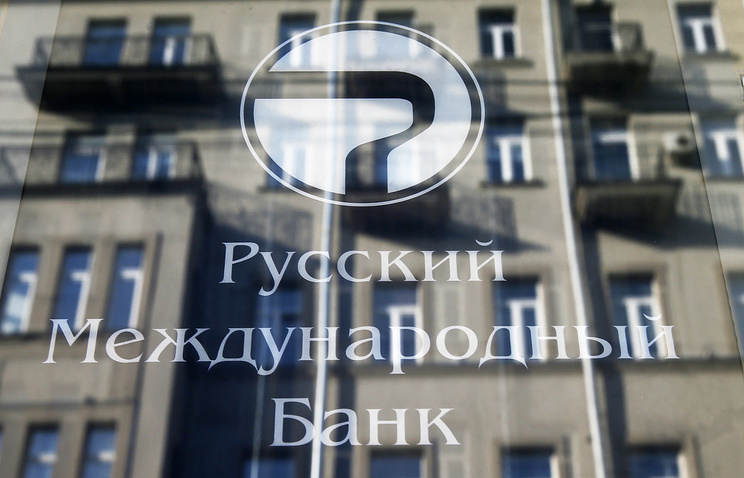 MOSCOW, September 4. /TASS/. The Bank of Russia has withdrawn since September 4, 2017 license for banking operations in Moscow Russian international Bank (RMB). The Bank is the participant of system of insurance of contributions by total assets at 1 August took according reporting 137-th place in the Russian banking system, the regulator reported.

According to the Bank, the business model of RMB Bank largely focused on high-risk lending to borrowers, including non-residents related to the end-beneficiaries of the credit institution. Due to the unsatisfactory quality of assets not generating sufficient cash flow, the Bank was unable to timely fulfill obligations to creditors.

In addition, the credit institution does not comply with the requirements of the legislation and statutory acts of Bank of Russia in the field of combating the legalization (laundering) of incomes obtained in a criminal way and financing of terrorism in parts of timely and accurate reporting of information to the authorized body.

The Bank of Russia repeatedly applied in respect of RMB Bank measures of Supervisory response, including double-restricted, and once the ban on attracting deposits of the population, the report says. The management and owners of Bank didn’t take effective measures on normalization of its activity.

In accordance with the order of the Bank of Russia in RMB, the Bank appointed a temporary administration of the validity period until the appointment of a bankruptcy Trustee or liquidator. The powers of the Executive bodies of the credit institution are suspended.

Payment of insurance compensation to depositors will start no later than 18 September, said the Agency on insurance of contributions (ASV). For operational reception of statements of citizens and the fastest payments of compensation on deposits DIA intends to use the agent banks that will be selected on a competitive basis no later than 8 September.

The insurance indemnity is paid in the amount of 100% of the sum of all his accounts (deposits) in the Bank, including open for business, but not more than 1,4 million rubles in total. Bank Deposit (account) in foreign currency, the insurance indemnity is calculated in rubles at the exchange rate of the Bank of Russia on 4 September 2017, reminiscent of DIA.