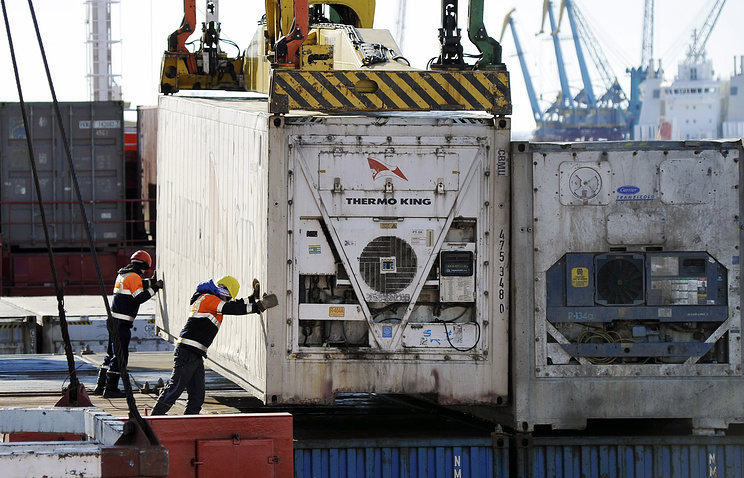 TASS, September 5. The volume of imports from China in the Yamalo-Nenets Autonomous Okrug (YANAO) in the first eight months of 2017 amounted to $3 billion Is more than 75% of the total import volume of the Arctic region, the results of foreign trade announced to journalists on Tuesday, the press service of the Yamalo – Nenets customs.

“Foreign trade turnover amounted to $4 billion, more than 97% of which is import. The main deliveries made in the region from China is about $3 billion, and that 75,7% of the total import volume. In the second place Indonesia, and then Belgium,” – said the press service, adding that the region supply equipment and mechanical appliances, electrical machinery and vehicles.

Customs noted that, compared with the same period last year, the trade turnover of YANAO increased 3.8 times. “And the number of participants of foreign economic activity increased by 50%, the number of importing countries – 44.4%. Growth of indicators is connected with the Commission of customs operations, sea and air checkpoints across the state border in the village of Sabetta, which built the plant for liquefied natural gas, Yamal LNG, – said the Agency.

Earlier it was reported that by the end of 2016 in the Yamal Peninsula recorded a sharp jump in foreign trade with China. Imports increased by 19 times, the annual trade turnover with this country exceeded $3.8 billion.

“Yamal LNG” implements the project of construction of plant on production of liquefied natural gas capacity of 16.5 million tons per year on the resource base of South Tambeyskoye field. First plant is planned to start in December 2017, contracted almost the entire amount – 96% future volume of LNG. Earlier, the head of Yamal LNG Evgeny kot said that the main consumer of LNG produced at the plant are countries in the Asia-Pacific region (APR) – they account for 86% of all contracts. The shareholders of “Yamal LNG” are NOVATEK (50.1 per cent), Total (20%), CNPC (20%) and silk road Fund (9,9%).

Completed the construction of the Sabetta seaport on the shore of the Kara sea. For the first quarter of 2017 feature 17 international visits of vessels on the NSR. March 28 at the seaport of Sabetta for the first time in the world arrived tanker-liquefied gas carrier ice class Christophe de Margerie, seasoned with a test volume of LNG, it is the first of 15 LNG carriers for the project “Yamal LNG”.